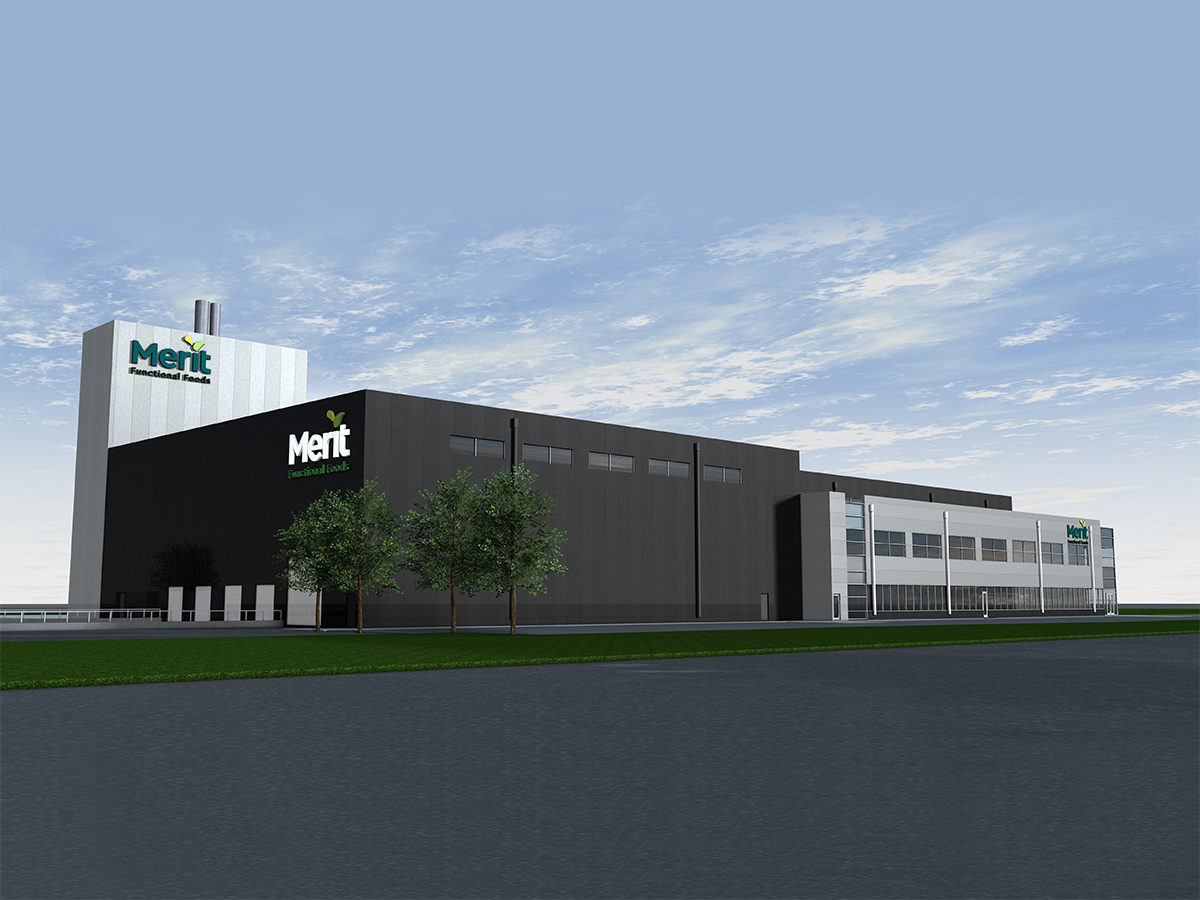 Merit's new 94,000 square foot processing facility is expected to be completed by the fourth quarter of 2020 (Rendering)

With key partnerships and funding agreements in place, Merit is already a Canadian protein industry leader before its first birthday

To say the plant protein and plant-based product industry has been growing around the world might be a bit of an understatement. According to Protein Industries Canada (PIC), the global plant-based protein market is more than $10B CDN and is expected to explode to more than $18B CDN by 2023. In Canada, the industry grew by 11 per cent to $412M CDN in 2018 and that number is expected to increase dramatically.

As demand grows, new companies are lining up to capture a piece of the protein pie and Manitoba’s Merit Functional Foods is front and centre. In just one year of being in the protein game, the company has secured multi-million dollar funding agreements, broken ground on a new 94,000 square foot processing facility and signed new partnerships, including with Nestlé, the world’s largest food company. 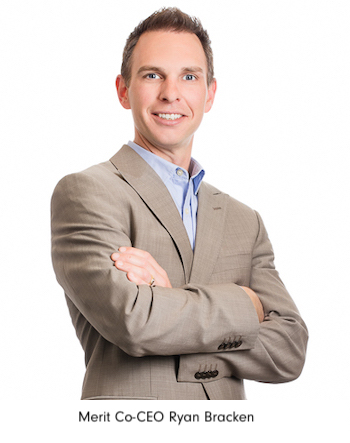 It might seem like an impressive resume for a company that is less than a year old, but the players behind this venture have been hard at work in the industry for more than 20 years. Merit was born out of a joint venture between Burcon Nutrascience, which was already a global technology leader in the development of plant-based proteins, and three veteran food industry executives -- Shaun Crew, Barry Tomiski and Ryan Bracken, formally with Manitoba Harvest and Hemp Oil Canada.

Partnering with Burcon in this venture means Merit is a protein industry innovation leader from day one.

“Merit is licensing Burcon NutraScience’s patented and disruptive protein extraction technology, which has been in development for 20 years,” Co-CEO Ryan Bracken says. “We will use a proprietary extraction and purification technology to produce the highest quality plant-based portfolio of pea and canola protein ingredients.”

All of that work will happen in Merit’s new state-of-the-art canola and pea processing facility. The plant, which will be the world’s first canola protein processing centre, is currently under construction in the Brookport Industrial Park in Centreport Canada, Manitoba’s tri-model inland port that sits on the west edge of Winnipeg and in the Rural Municipality of Rosser. Construction began in fall of 2019 and is expected to be completed by the fourth quarter of 2020.

When the plant does go online, Merit will hit the ground running. In January, Merit, Burcon, and world food giant Nestlé announced a partnership to develop and commercialize Merit’s novel plant protein ingredients for use in Nestlé’s plant-based foods and beverages.

PIC is a not-for-profit organization created to position Canada as a global source for high-quality plant protein and plant-based products. It’s also one of five innovation superclusters where the Canadian government brings together small, medium and large companies, academic institutions, and not-for-profit organizations to serve as anchors of innovation, growth and job creation across the country. As of March 2020, PIC has invested $70 million into Canada’s plant protein ecosystem so far.

“The investment will allow us to rapidly expand our ability to meet market demand for our plant-based proteins, which include pea and canola,” says Bracken. “The funding will also help bolster our throughput, increase efficiency, decrease energy consumption, and reduce our overall environmental footprint.”

Merit also holds the recognition of being the first ‘success’ of the new Team Manitoba approach to economic development in the province. Through a coordinated effort among key partners that includes the Province of Manitoba, Economic Development Winnipeg, Winnipeg Metropolitan Region, The Rural Municipality of Rosser and CentrePort, Merit was provided key contacts and information throughout the process.

“The Team Manitoba approach creates a one-stop-shop for companies like Merit to get the support they need to grow their operations in Winnipeg,” says Ryan Kuffner, EDW’s Vice President of Sales and Business Development. “By triaging requests and issues, and bringing in partners to the table as needed, it means companies are supported effectively through the entire process.”

Ultimately, Bracken says his company chose the Winnipeg region to grow its operation because of the city and region’s capacity to support its utility requirements including water, wastewater, power, and natural gas as well as its access to skilled labour and responsive government.

“Our founders also happen to be Manitobans and proud to support their local economy,” says Bracken. “All of this is creating a lot of job opportunities for the people in Western Canada. We’re excited to be a part of the great news stories coming out of Winnipeg, Manitoba, and Western Canada.”