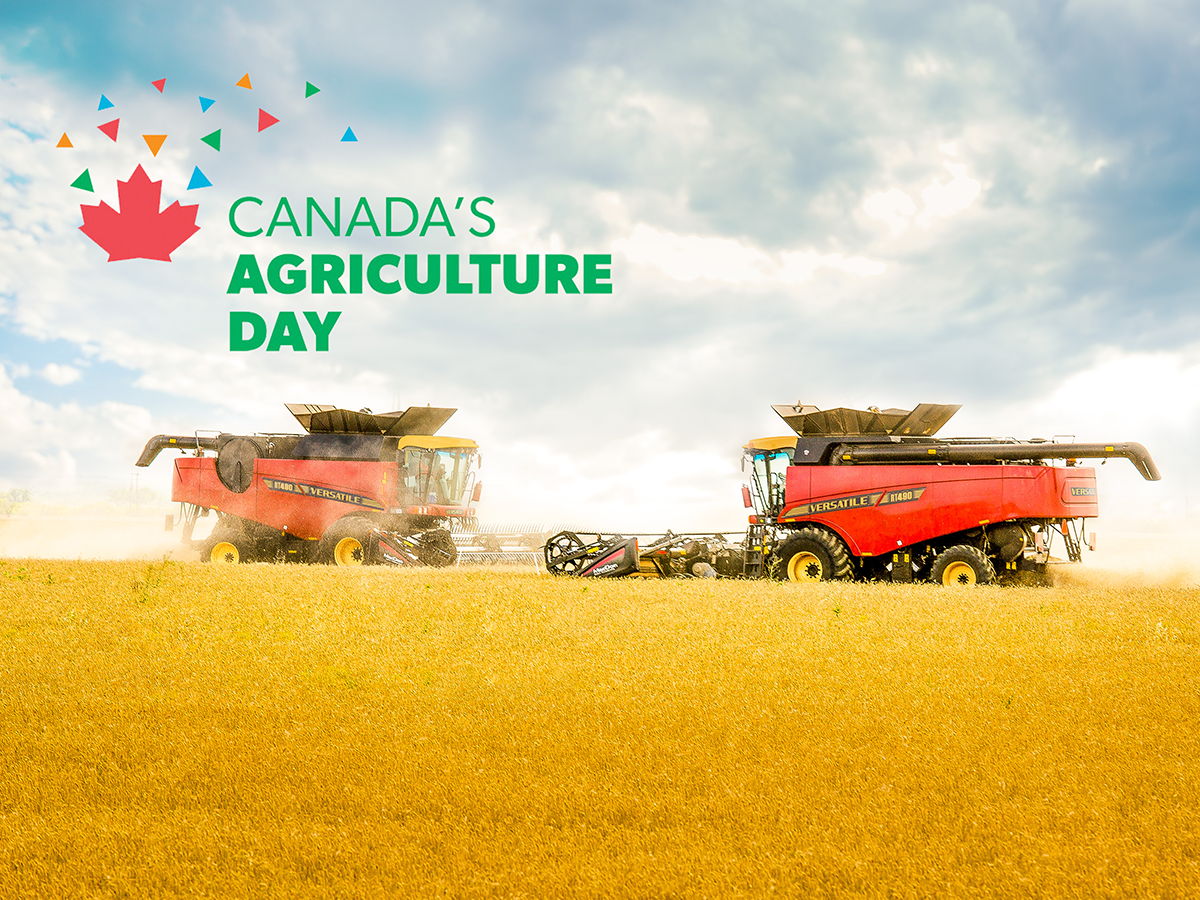 February 22 is Agriculture Day in Canada, and that means raising a fork to those in Manitoba who are making an impact on the agriculture industry here at home and across our country. Read on to learn more about how our ag industry is evolving.

For more than 150 years, Manitoba’s ag sector has grown and diversified into one of the major drivers of our economy, with Winnipeg serving as its economic hub. To show just how much of a global agricultural powerhouse we are, we've cultivated this set of impressive facts on why our city and region are compelling choices for future economic investment.

Protein superpower
Merit Functional Foods is about to take the world's plant-based protein industry by storm. Our business development team, YES! Winnipeg worked with the Province of Manitoba, City of Winnipeg, CentrePort and the RM of Rosser to attract Merit’s facility to Winnipeg. The company, established in 2019, built a state-of-the-art 94,000 sq. ft. production facility in Winnipeg where it produces a portfolio of pea and canola protein ingredients. In January 2020, Merit, in consortium with Pitura Seeds and The Winning Combination received a $19.1 million co-investment from Protein Industries Canada (PIC) to further expand its operations and an additional $100 from the federal government in June 2020.

The birthplace of canola
The canola plant was bred by Canadian scientists Dr. Baldur Stefansson and Dr. Keith Downey at the University of Manitoba. The word canola comes from ‘can’ as in Canada and ‘ola’ as in oil. According to the Government of Manitoba, Canola is Manitoba’s top crop. In 2020, it was planted on more than 3.4 million acres (almost 30 per cent of Manitoba’s 11.5 million acres of cropland), up seven per cent from five years ago. Manitoba production accounted for 17 per cent of Canada’s total canola production in 2020 (3.19 million tonnes).

Potato king of Canada
Manitoba has now taken the potato production crown from Prince Edward Island thanks in part to J.R. Simplot’s $460-million expansion to its potato-processing facility in the RM of Portage la Prairie. According to the province, that plant alone will require Manitoba farmers to grow around 16,000 more acres of potatoes annually and will add about six million hundredweight (cwt) in processing capacity, bringing Manitoba’s annual production goal to around 28 million cwt a year.

The world’s largest pea-processing plant
France-based Roquette recently opened its a $600-million plant in the RM of Portage la Prairie and is expected to process 375,000 tons of peas a year when fully operational. The mega-project broke ground in October 2017 and is scheduled to open this year. Canada is one of the world’s biggest pea producing countries, accounting for 30 percent of global production. Roquette says it chose to build its plant in Manitoba because of our low hydro-electric rates and highly skilled labour-force. In January, Roquette announced a multi-year pea protein supply agreement with Beyond Meat, a leader in the burgeoning plant-based meat industry.

Canada’s largest agribusiness
Established in 1857, Winnipeg-based  James Richardson & Sons is one of the largest private companies in Canada and the largest ag-related company, with annual revenues exceeding $10 billion. Richardson’s reach is truly worldwide, handling and merchandising all major Canadian-grown grains and oilseeds as well as processing and manufacturing oats and canola-based products. The company’s headquarters is in the heart of Winnipeg at the iconic Portage and Main intersection. Richardson continues to invest in Winnipeg too. The new Richardson Innovation Centre downtown is now open. The 62,000-square-foot facility houses the company’s food development team, product development suites, analytical laboratory, and a culinary test and demonstration kitchen.

Growing the economy
Companies in Canada’s growing cannabis sector are investing in Winnipeg thanks to our skilled workforce and low costs of doing business – which includes our low energy rates, low warehouse leasing costs and a low-humidity climate which helps with cannabis production.

A major Winnipeg success story, Delta 9 Cannabis Inc. has been growing and distributing medical cannabis since 2014. Over that time, the company has built up an 80,000-square-foot production facility with 150 employees and several retail stores throughout Manitoba. The company recently opened a showroom stateside in North Dakota to highlight its proprietary "Grow Pods", a cultivation methodology based around modular, scalable, and stackable production units.

The heart of agricultural innovation
Look no further than the agriculture-based organizations doing amazing work in the fields of food research, crop science, ag-biotechnologies, biofibre research, nutraceuticals and more to confirm the fact that Winnipeg is a hub of ag-innovation. The Richardson Centre for Food Technology and Research is a leading research institute developing alternative uses for crops grown on the Canadian prairies.

In 2020, Canadian International Grains Institute (CIGI) and Cereals Canada completed a merger forming a single not-for-profit corporation. It brought together a broad and diverse collaboration of partners from all of the cereal grains value chain, including farmers, exporters, developers, process and customers. Cereals Canada supported the work of more than 52,000 Canadian farms and returned $9.9 billion dollars of export revenue to the Canadian economy in 2020.

The evolution of Ag-tech
According to EMLI (Enterprise Machine Intelligence and Learning Initiative) digital, intelligent (AI and machine learning) technologies are becoming a major driver of the agri-food industry. The not-for-profit which works works with industry and academia to accelerate the adoption of intelligent technologies recently made micro investments in Manitoba digital ag startups including TheoryMesh, which uses blockchain to help producers improve traceability and transparency on everything from land history and seed information to field operations, equipment and resources.

More established Manitoba tech companies are becoming world leaders when it comes to other innovative agricultural technology. Since its launch in 2005, Farmers Edge has grown to become one of the world's leaders in precision-farming technology. The Winnipeg-based company has led an agricultural revolution by developing a data-driven platform that helps farmers make their operations more efficient.

Celebrating more than 70 years in business, MacDon has developed a reputation for manufacturing high-performance harvesting equipment. In November 2017, the company was purchased by Linamar Corporation for over $1-billion and still maintains its headquarters and production facilities in Winnipeg.

Buhler Industries has been a staple Winnipeg-based agricultural equipment manufacturer since 1932. Its lines also include the Farm King, Allied, Inland and Versatile brands. In addition to its Winnipeg plant, Buhler also has facilities in Morden, Manitoba and Minnesota and North Dakota.

Headquartered in Winnipeg, Conviron is one of the world's leading suppliers of plant growth chambers and high performance research greenhouses. Its unique technology has been manufactured and installed in agricultural biotechnology and life-sciences centres in the United Kingdom, Australia, U.S. and Philippines.

Feel free to post a photo or video celebrating Canadian agriculture and tag #CdnAgDay and #EconDevWPG.

For more information about our Agribusiness sector, go to our website.