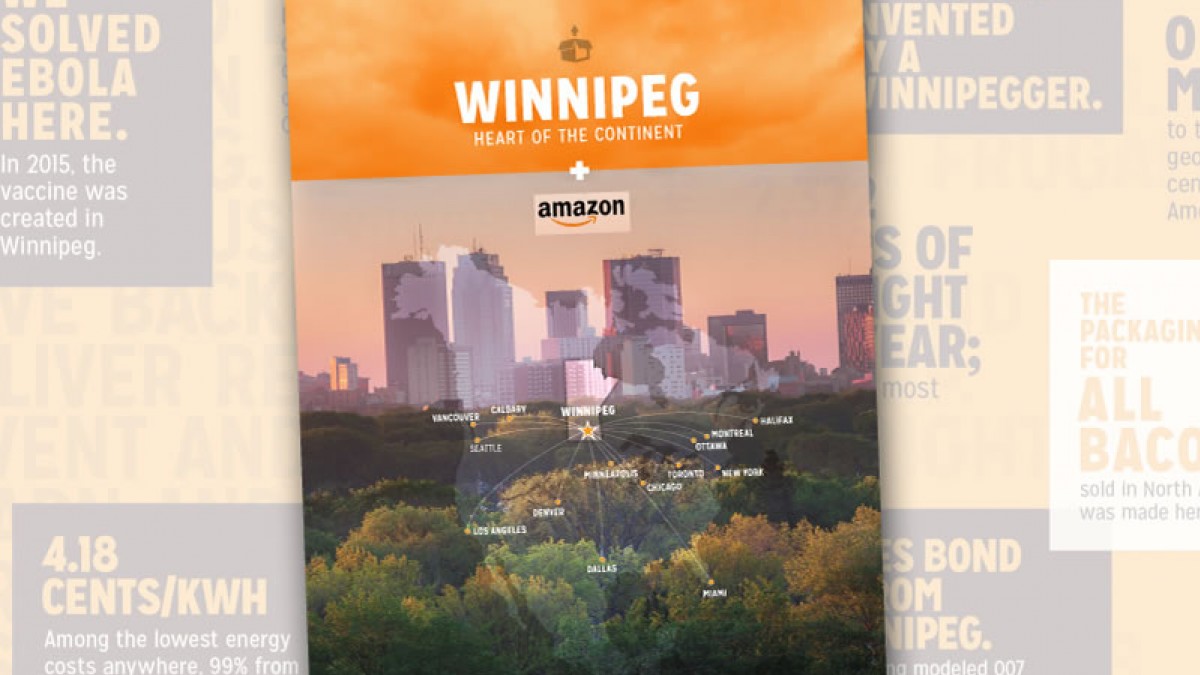 Team Manitoba yesterday submitted its proposal to Amazon to locate its second corporate headquarters in Winnipeg.

The proposal highlights the many benefits setting up Amazon’s HQ2 would bring to the company and its employees.

“We are the geographic centre of North America with excellent transportation connections to the rest of the continent and the world,” said Premier Brian Pallister. “We have a long history of innovation and success that we think will resonate with a company like Amazon.”

“For a combination of affordability and quality of life, I don’t think there’s a better place Amazon could pick both as a smart business decision and a healthy, fulfilling choice for its employees,” said Winnipeg Mayor Brian Bowman.  “We are very excited about what we’re presenting to the company.”

The proposal emphasizes the transportation and geographic advantage along with the four-season quality of life that comes with living in Winnipeg.  It also highlights the abundance of low-cost clean power, the lowest corporate tax rate among metropolitan areas in Canada, the low cost of industrial and commercial land, the affordability of life for employees, and its well-educated and tech-savvy workforce.

It also emphasized that existing federal and provincial tax credits would amount to $1.76 billion in cash incentives and the City of Winnipeg would be at the table to discuss Tax Increment Financing for its real estate development which could achieve significant savings for the project.

Both the premier and the mayor highlighted the group was not throwing money into the proposal to try and outbid the competition.

“Our proposal stands on its merits,” said Pallister. “We have the business environment and lifestyle that will appeal to a company like Amazon as it has appealed to many other significant operations in the past.”

“We are confident in Winnipeg,” said Bowman.  “And we are optimistic Amazon will see what we see in Winnipeg.”

The proposal can be found here.