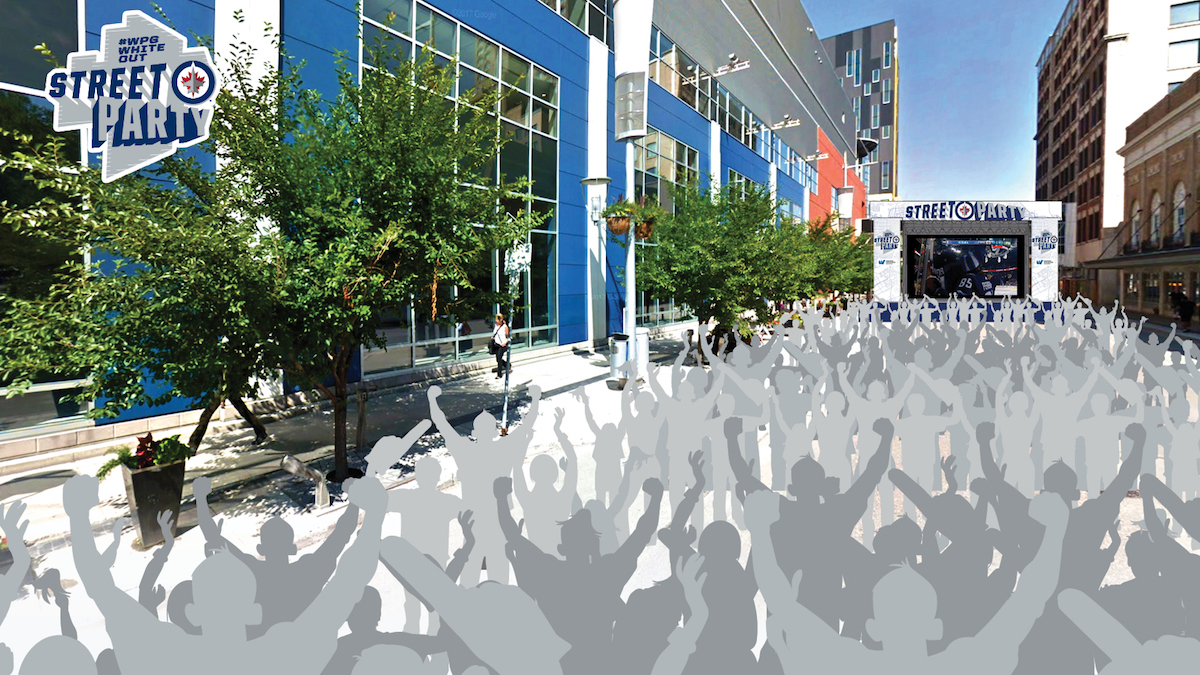 WINNIPEG, MB – The Whiteout is headed to the streets of Winnipeg, and everyone is welcome to join in the celebration.

As part of the Winnipeg Jets playoff push, Economic Development Winnipeg announced today that it was hosting a street party, named the Winnipeg Whiteout Street Party. This event gives fans a place to cheer on the Jets while showcasing Winnipeg to the world.

“This is a once-in-a-generation opportunity. This is our chance to showcase Winnipeg to the world,” said Dayna Spiring, President and CEO of Economic Development Winnipeg. “Our city has been waiting a long time for a hockey team that has a chance for a deep playoff run. We wanted to provide a venue to channel that energy that was safe, welcoming and fun for fans.”

The Winnipeg Whiteout Street Party will take place before and during every Jets home playoff game, and will be located on Donald Street between Portage and Graham Avenues.

“Playoff fever has been building up in this city and we anticipate that fans will want a place to come together to share their energy and excitement,” said Kevin Donnelly, Senior Vice-President, Venues & Entertainment, True North Sports + Entertainment. “We’ve seen the success of similar events in cities like Calgary and Nashville and it’s our turn to put Winnipeg in the spotlight, showcase our amazing city, and give the best hockey fans in the NHL the party that they deserve.”

This free family-friendly event will feature two large viewing screens to watch the hockey action live, as well as food and beverages available for purchase on-site.

“Winnipeg’s a sports city, and hockey is a big part of who we are,” said Mayor Brian Bowman. “I want to encourage everyone to get behind our home team, show your pride in our city, and demonstrate why the Winnipeg Jets will be Canada’s team during this year’s playoffs.”

The Winnipeg Whiteout Street Party offers a safe and fun downtown setting for fans to celebrate as a community, while also providing a stage for Winnipeg to showcase the excitement and culture of our city through media who will be covering the Winnipeg Jets from across North America.

More details on the Winnipeg Whiteout Street Party will be made in advance of Game 1 of the Jets playoff series. 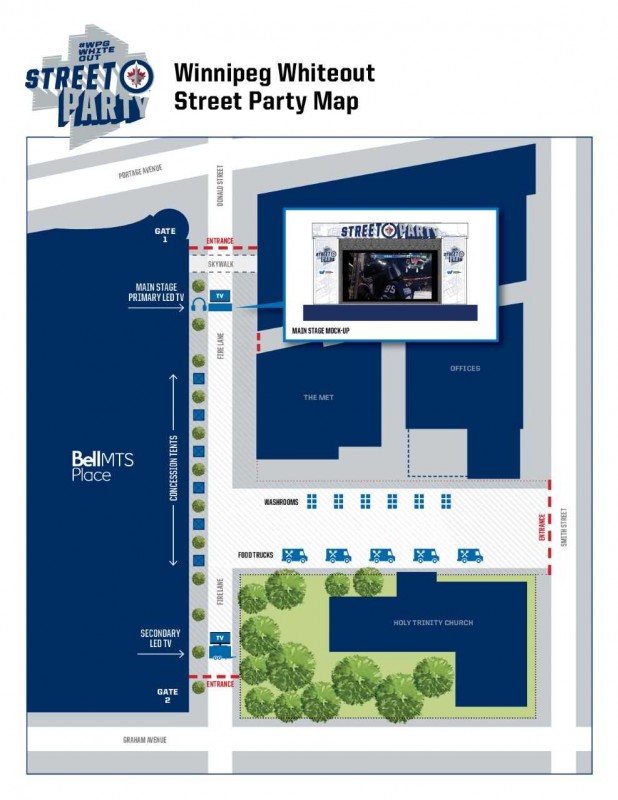