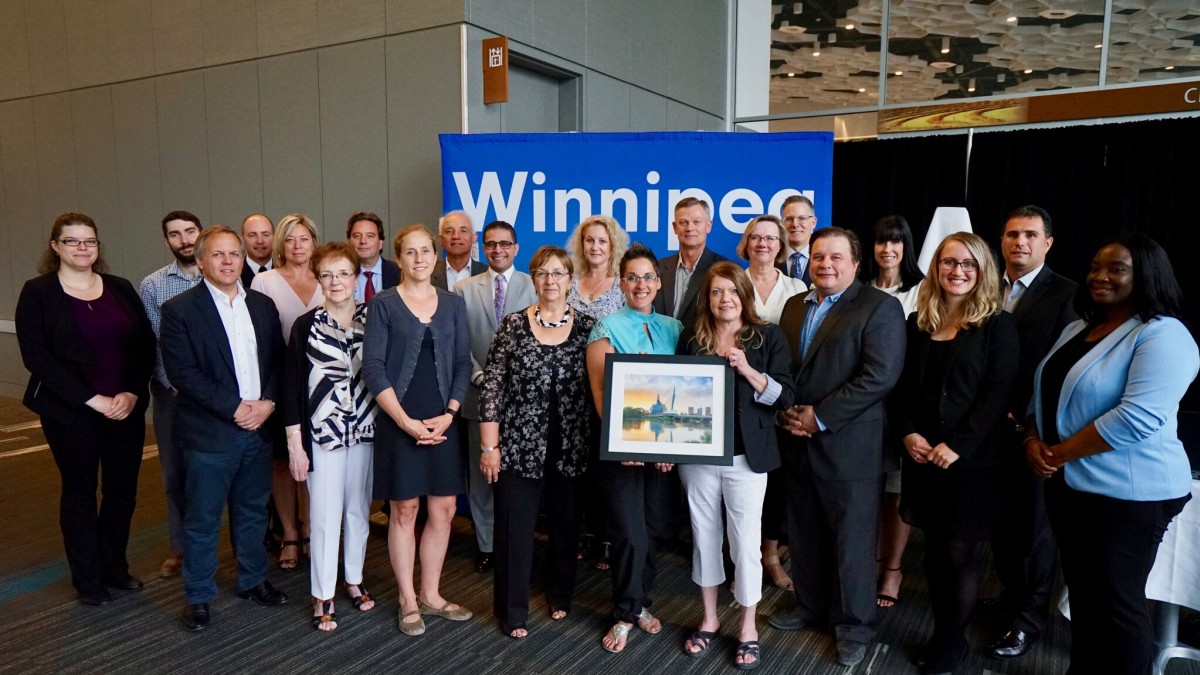 WINNIPEG, MB - Medical education, downtown revitalization, and supply chain operations were some of the topics brought to Winnipeg in 2016-2017, as part of the Bring It Home initiative.

The Bring It Home program, spearheaded by Economic Development Winnipeg, encourages local businesses and community leaders to advocate Winnipeg as the city of choice for national and international meetings and conventions. In 2016 and 2017, 38 separate events were held in Winnipeg through Bring It Home.

“Bring It Home ambassadors are Winnipeg champions,” said Dayna Spiring, president and CEO of Economic Development Winnipeg Inc. “They are bringing in millions of dollars to local businesses, creating jobs, and leaving a lasting professional development legacy. They also put our city in the spotlight, helping to show professionals from around the globe that Winnipeg is a world-class destination.”

A list of all 38 Bring It Home events, and the ambassadors that helped realize them, are available below.

Since its inception in 2012, the Bring it Home program has been responsible for assisting in the attraction of 115 meetings/conventions to date that will see over 40,000 delegates come to Winnipeg and $58 million in delegate spending. Last year, 25 additional future meetings were confirmed for Winnipeg, representing approximately 9,500 delegates, 16,000 room nights and an approximate direct spend of $10.5 million.