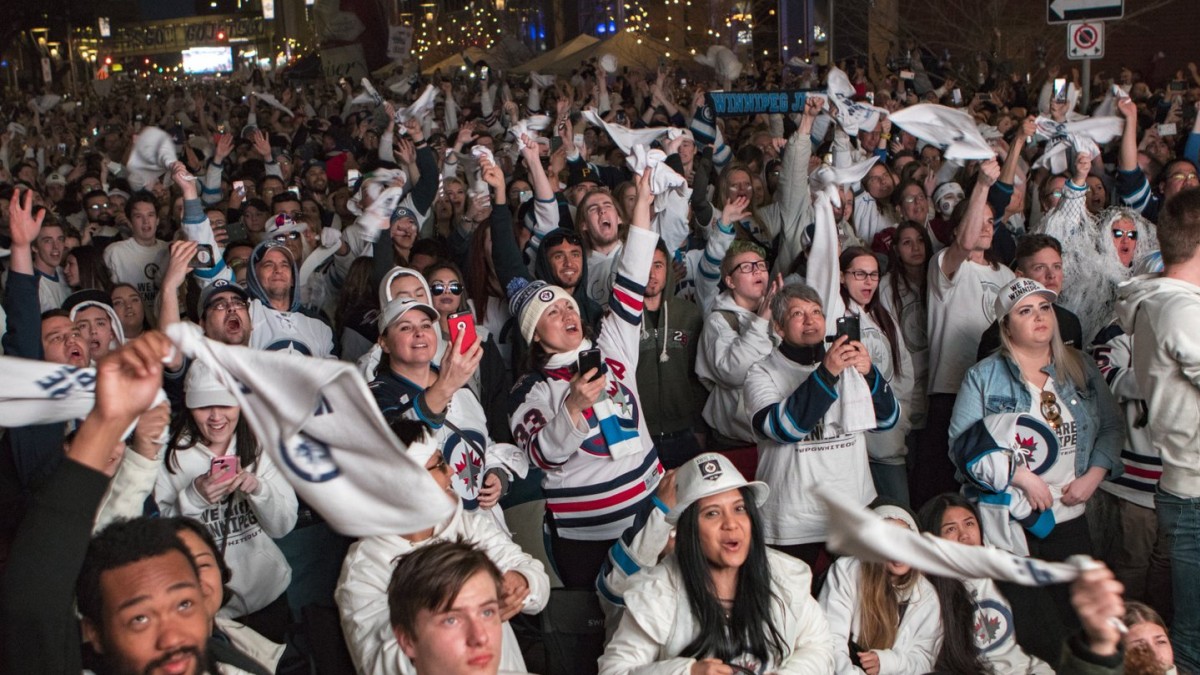 June 4, 2018 – The 2018 NHL Playoffs were the most-successful ever for Winnipeg, both in terms of its hockey team and the positive reputation the city earned from across the continent.

The Winnipeg Whiteout Street Party, which included nine separate events throughout six weeks this spring, saw 120,500 total fans attend one of the largest-ever multi-day public outdoor gathering in the city’s history. This figure does not include the 15,000 fans watching each game inside Bell MTS Place, or the thousands of fans watching each game live in one of the city’s restaurants, bars or other gathering places.

The positive reaction to the Winnipeg Whiteout Street Party has been noticed across North America with features appearing on major media outlets including national broadcasters and publications. In total, the earned media value of media coverage alone on the Winnipeg Whiteout Street Party is valued at approximately $2.2 million, which includes nearly 400 separate news articles and a total news media reach of over 233 million. This figure does not include media not archived online.

“The Winnipeg Whiteout Street Parties has elevated our city’s prominence on the map,” said Dayna Spiring, president and CEO of Economic Development Winnipeg, Inc. “From Nashville to New York, and from Las Vegas to Helsinki, people are taking note of Winnipeg, its energy, and its people. This will have a long-term positive impact for our city.”

The organizational undertaking from the event was a testament to the hard work of the event organizers. Some highlights include:

The total cost of hosting the Winnipeg Whiteout Street Parties through this year’s NHL playoffs have been finalized. The total cost of all nine parties was $2,167,000. Of this cost, True North Sports + Entertainment paid a total of $1,084,900, which includes $931,900 of production costs and a $153,000 contribution to the City of Winnipeg to assist with policing and transit costs. Economic Development Winnipeg paid a total of $120,000, while the remaining $962,000 costs to the City of Winnipeg are being managed within existing Council-approved budgets.