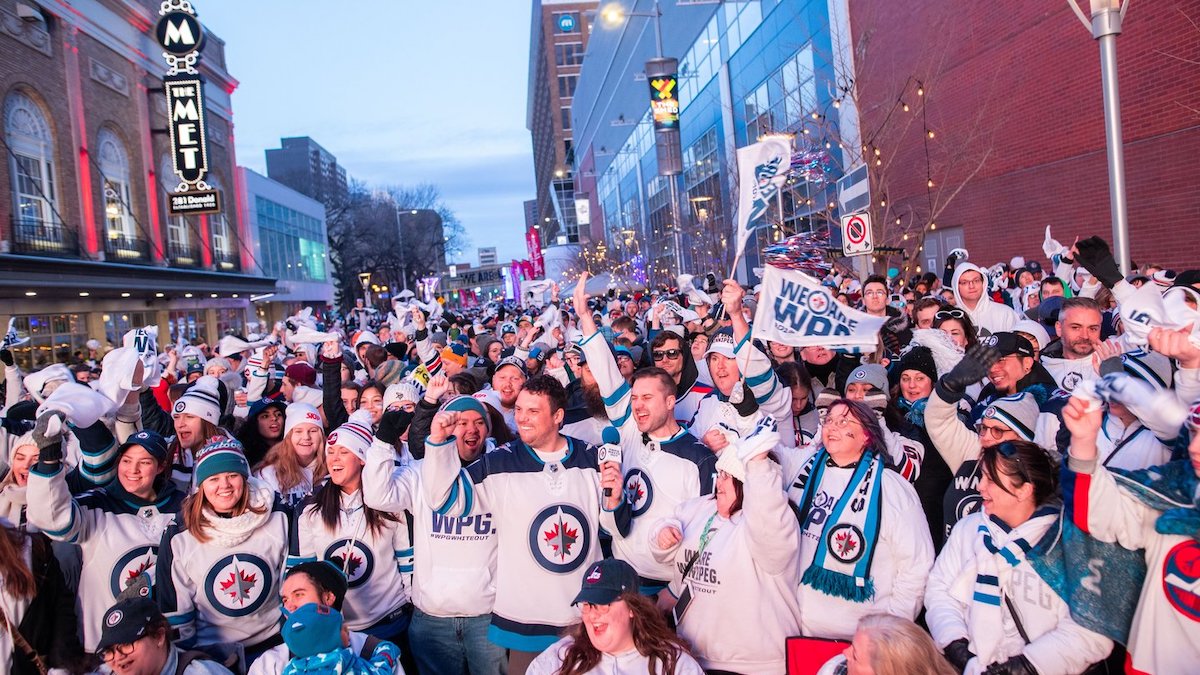 This year’s #WPGWhiteout Street Parties presented by Tim Hortons, which included three separate events held between April 10-18, saw 29,300 fans gather together in the city’s downtown to cheer on their hockey team, and in the process, did more than just galvanize our community spirit, it also created a lasting legacy for our community.

This year, the Street Parties celebrated by giving back to the community, by partnering with the United Way Winnipeg. 100% of ticket proceeds for the Street Parties are being distributed to nine local agencies, who are working on addressing three key themes in our city: addiction, homelessness, and mental health.

United Way Winnipeg, who will be ensuring the funds are having the greatest impact in the community, has announced the agencies who will be receiving a portion of these funds:

Each of these agencies will report back to United Way Winnipeg on the impact that these Winnipeggers’ dollars have made. Funds will be distributed to these agencies by May 18.

In addition to the funds raised, 1,500 free tickets to the #WPGWhiteout Street Parties were distributed to Winnipeggers through 43 different agencies – providing opportunities for Jets fans who might otherwise not have been able to participate, to celebrate with their friends and neighbours.

About the #WPGWhiteout Street Parties

The Winnipeg Whiteout Street Parties were launched during the 2018 Stanley Cup Playoffs, to give Winnipeggers a venue to come together to celebrate their hockey team and their city. Before and during every Winnipeg Jets home playoff game, fans fill the streets of downtown Winnipeg. The Street Parties are highlighting Winnipeg on a North America-wide stage and are leaving a long-term legacy on the city.

All ticket sales proceeds from the 2019 Street Parties are being distributed to local agencies, making investments in the community through United Way Winnipeg around three key themes: addiction, homelessness, and mental health.