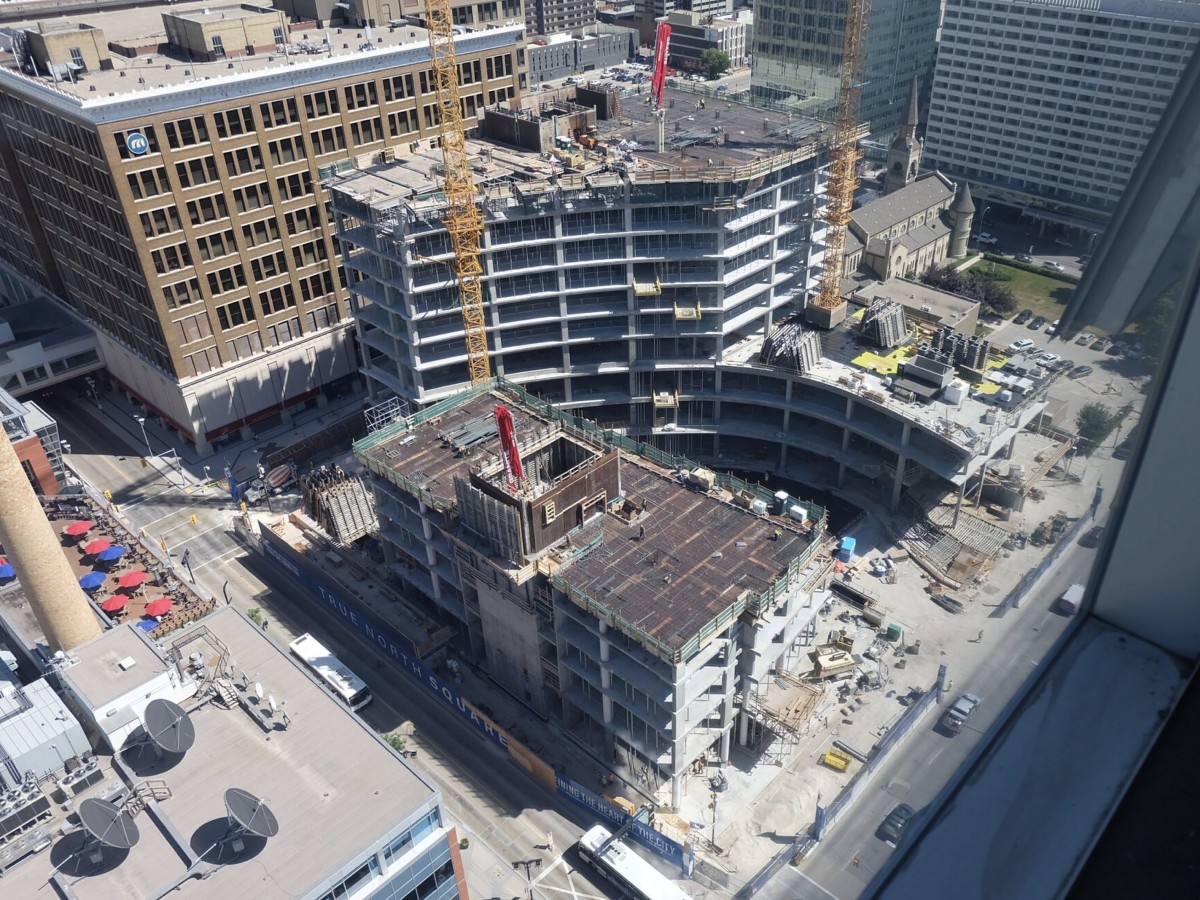 Take a stroll through Winnipeg’s sports, hospitality and entertainment district (SHED) and you’ll see just how much the construction of True North Square, a mixed-use development and public plaza is already starting to re-define the city’s downtown.

At 1.1 million square feet and a $400-million price tag, True North Square by True North Real Estate Development, is the largest private mixed-use development in Winnipeg history. It’s designed to be a new meeting place in the city and will feature office, hotel, residential, retail, parking, and a key feature – a central plaza with landscaped outdoor urban spaces intended to be the public hub of activity within the development. It’s also steps from Bell MTS Place, home to the NHL’s Winnipeg Jets and AHL’s Manitoba Moose, both owned by True North Sports + Entertainment.

Construction of Phase 1, comprised of two towers and the plaza, is progressing well towards completion. According to True North, as of July 2017, 242 Hargrave had reached level 10 and 225 Carlton had reached level 5. When completed, 242 Hargrave will be 17 storeys tall while 225 Carlton will reach 25 storeys. Phase 2 of the project will include a Sutton Place Hotel and Residences which is being developed by Northland Properties Corporation. A total of 16,000 m2 of concrete has been poured so far and 270 workers are on-site each day, making it a bustling work site this summer.

“On average, we’re seeing around one new floor every week, and the first tower is expected to top out this fall,” says Jim Ludlow, President of True North Real Estate Development. “It’s an exciting time for Winnipeg, and as the other towers and new hotel take shape, so too will be a new vibrant, thriving community within Winnipeg’s growing downtown.”

Phase 1 of True North Square is expected to open in July 2018.

Below are some of the latest images from True North Square construction. 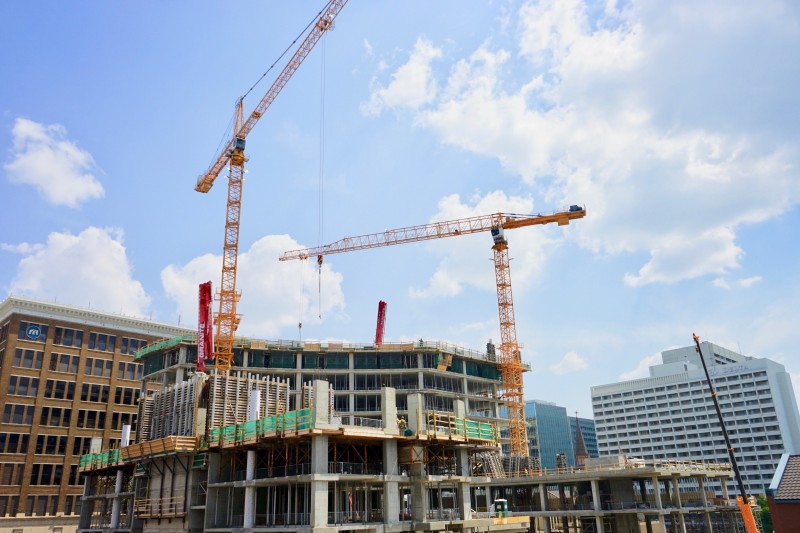 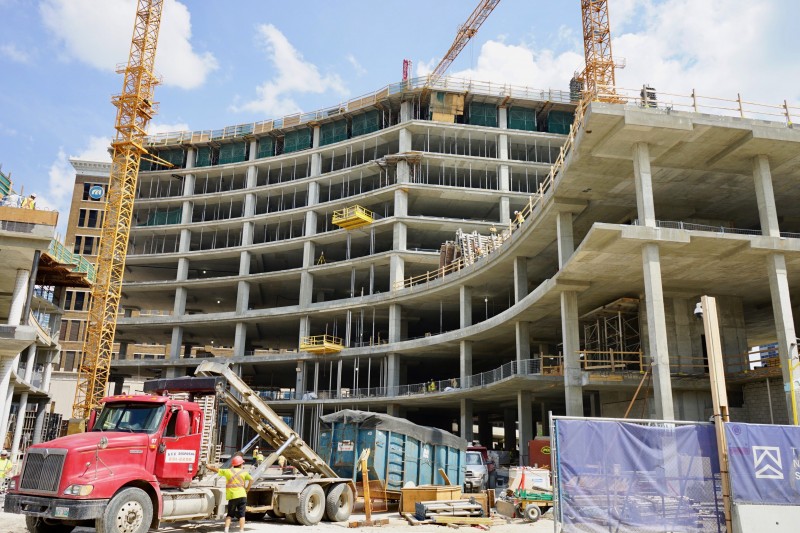 From street level looking east from Carlton Street, the curved design of tower 1 forms the shape of the public plaza. (Tyler Walsh) 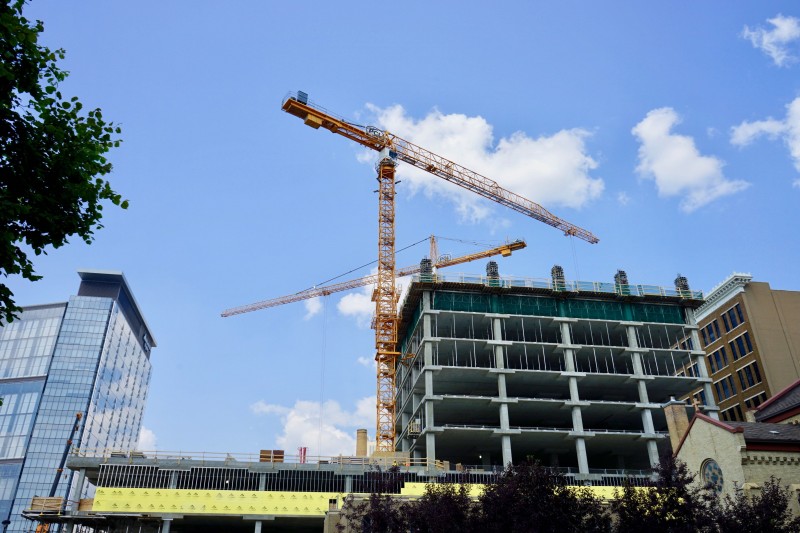 From street level looking north at tower 1. To the far right is St. Mary's Cathedral and to the left, Manitoba Hydro building. (Tyler Walsh) 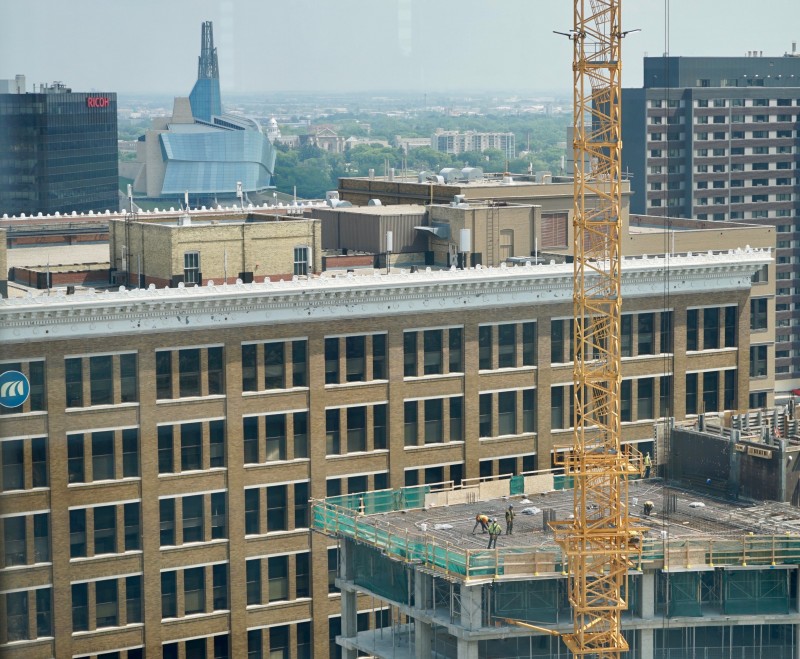 Crews work on the the top of the site at tower 1 with Canadian Museum for Human Rights in the background. (Tyler Walsh) 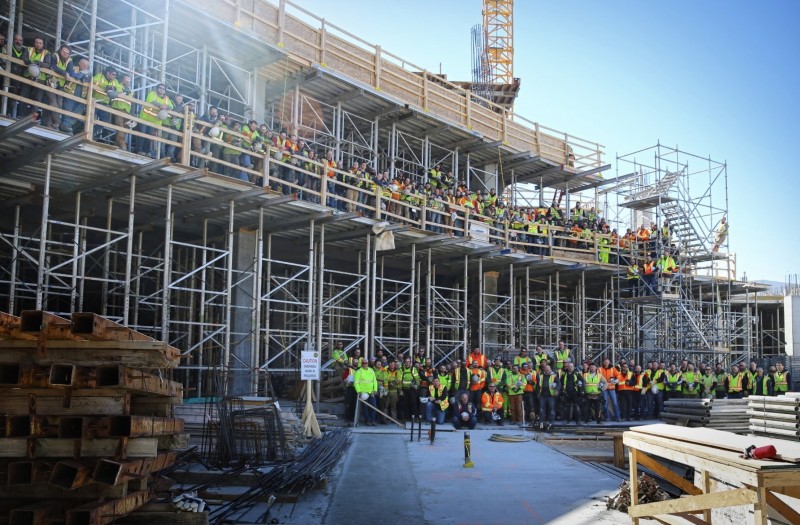 Construction crews pose for a photo on site. (True North) 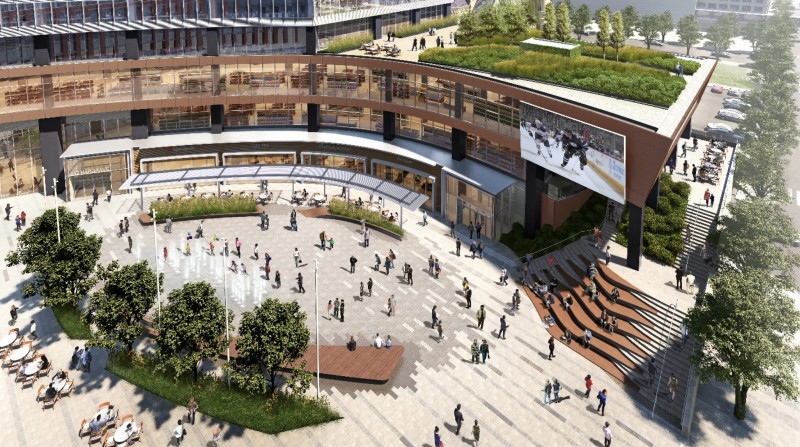 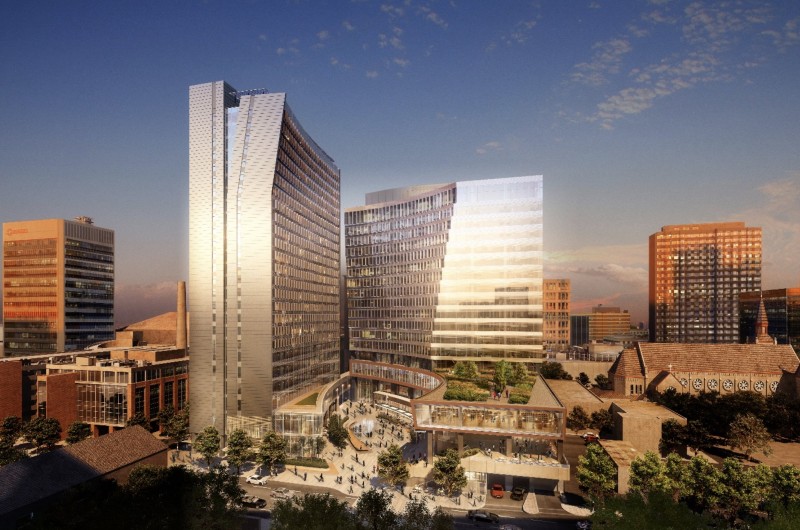