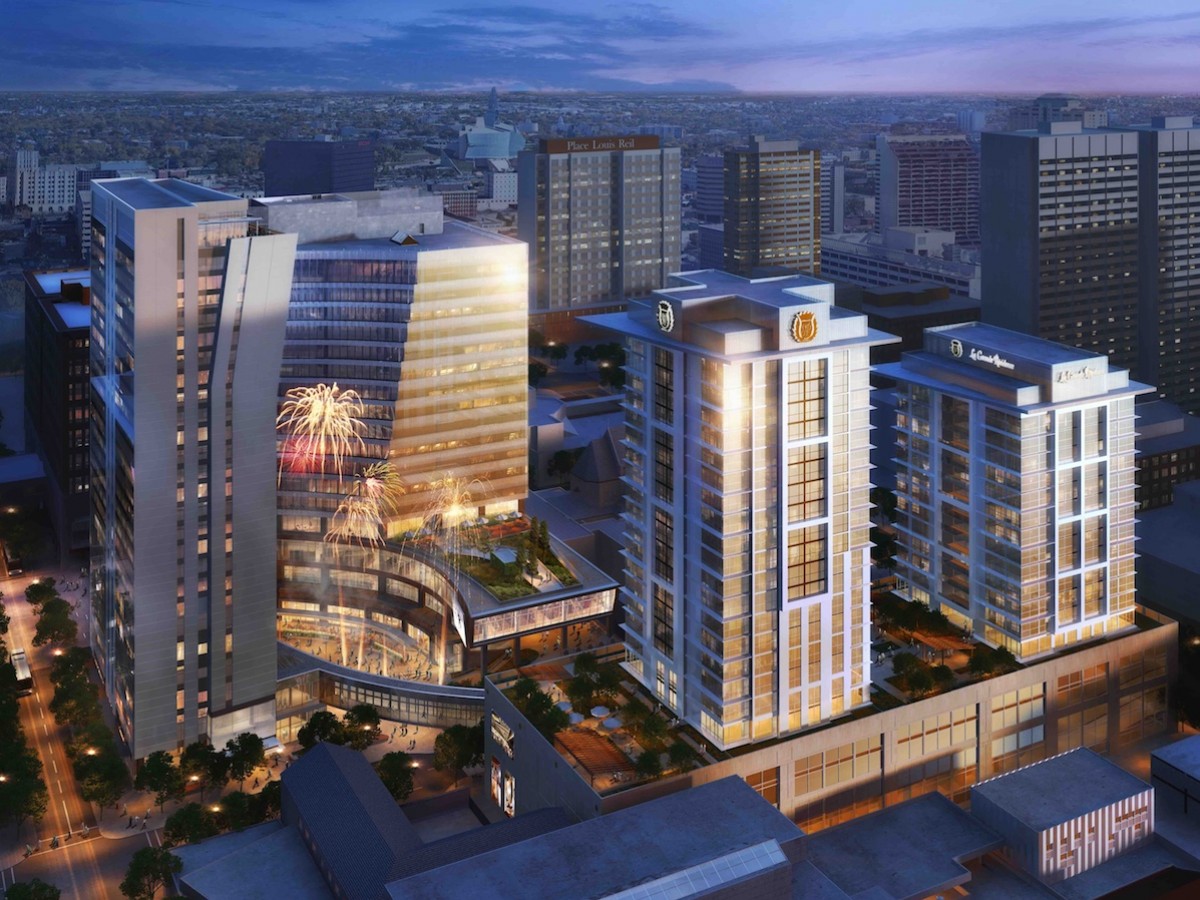 Details of a key piece of the $500 million True North Square development in downtown Winnipeg were announced at a press conference on August 31, as officials with True North Real Estate Development and Northland Properties Corporation of Vancouver unveiled new renderings (see below) and a construction schedule for the The Sutton Place Hotel and residences - phase two of the project.

True North also provided an update and tour of the first phase of the development - the Carlton Street and Hargrave Street towers and public plaza and provided media and dignitaries with a tour of the construction site.

Here are ten things to know about True North’s mega-project:

2. The buildings are rising at the rate of one floor every eight to 10 days and the concrete structure is scheduled for top out by mid-November of 2017. 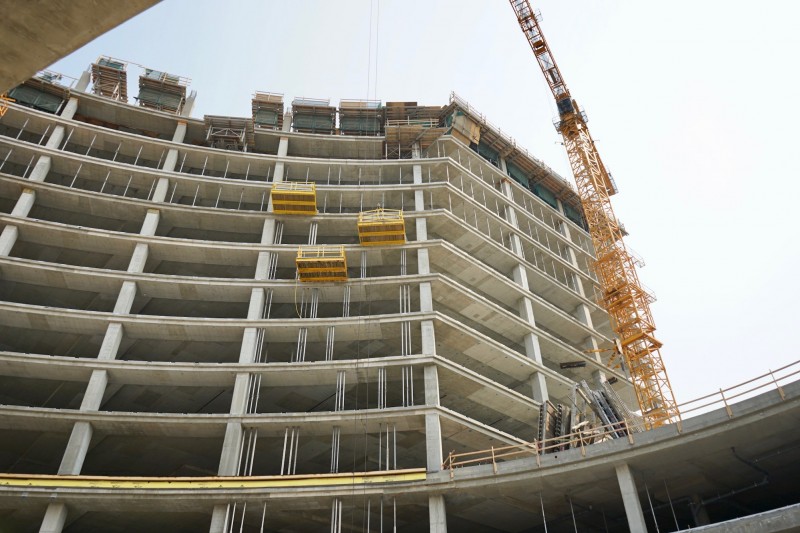 3. PCL Constructors Inc., the same company responsible for building the Canadian Museum for Human Rights, is leading the project. There are 400 full-time and part-time employees working on the construction and an average of 270 workers are on site each day. 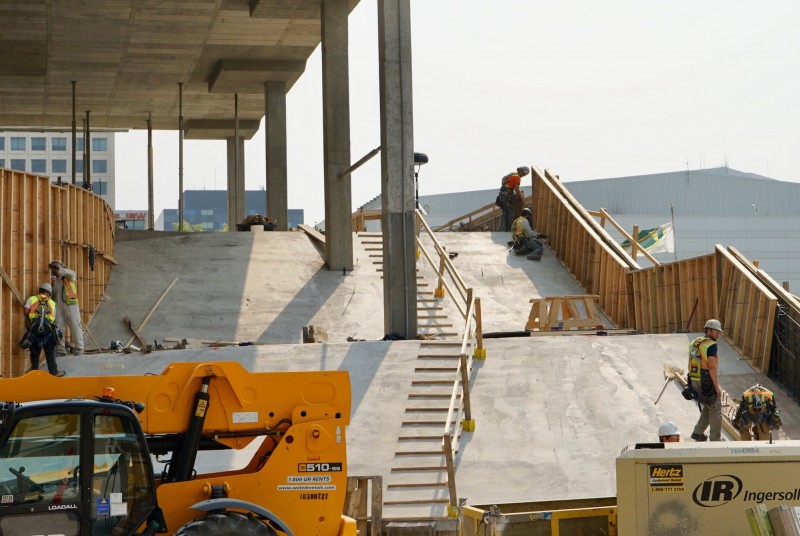 4. The Sutton Place Hotel and its residential tower at the northwest corner of Carlton Street and St. Mary Avenue, will begin construction in spring/summer 2018 and should be completed in 2021. 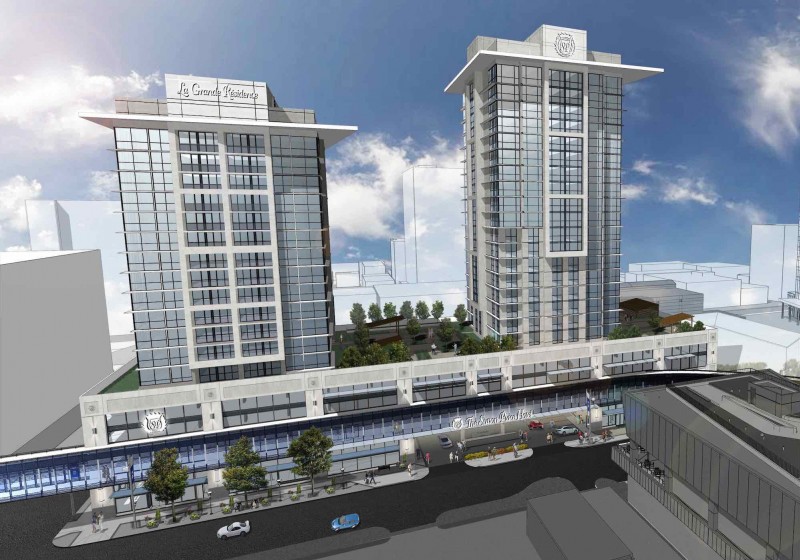 5. The Sutton property, owned by Northland Properties Corporation of Vancouver, will be 430,000 square-feet of hospitality, residential, and retail space and feature 288 hotel rooms and 130 residential condominiums. Its anchor restaurant will be Chop Steakhouse and Bar. 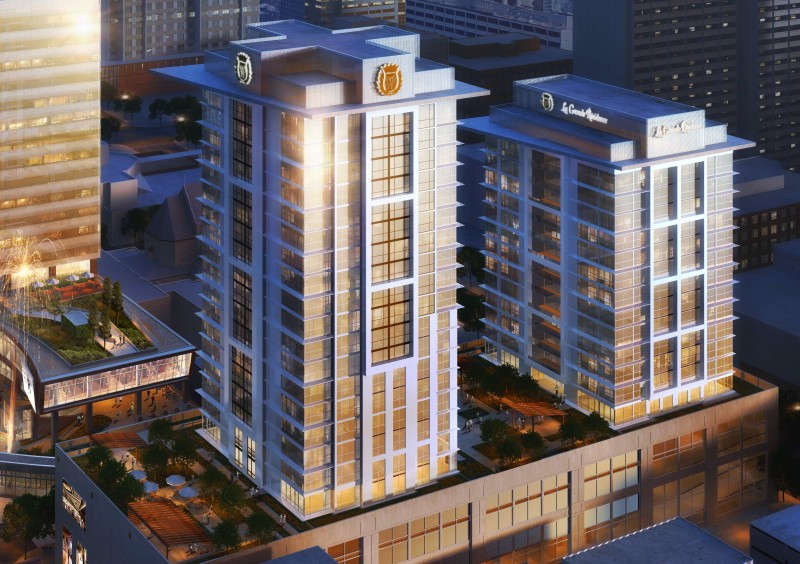 6. Once the entire project is completed, 3,000+ people will live and work at True North Square. 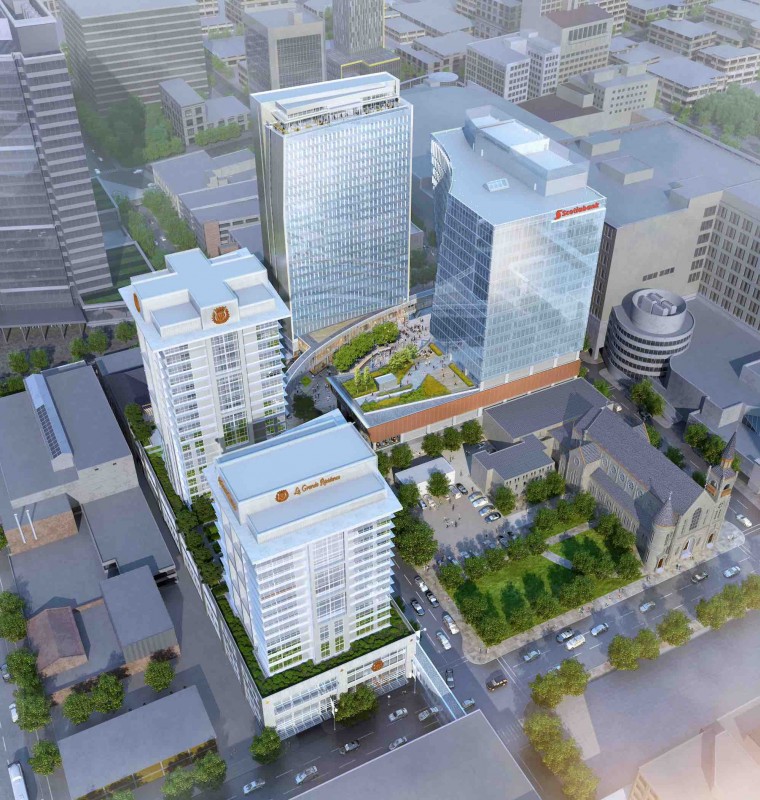 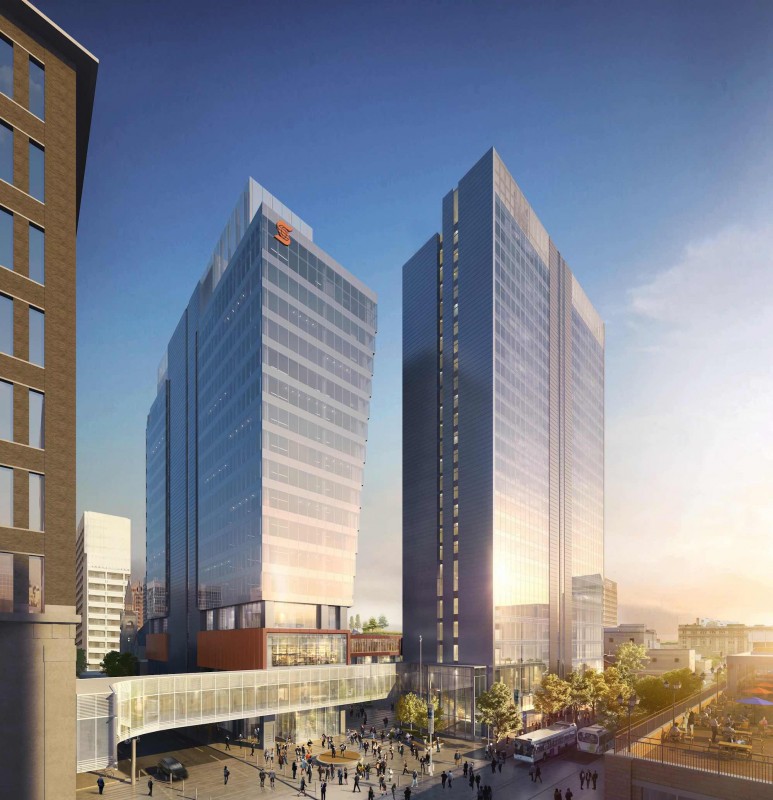 8. True North Square is a key element of downtown Winnipeg’s 11-block Sports, Hospitality and Entertainment District (SHED), which connects the attractions in the area, including BellMTS Place (home of the Winnipeg Jets) and the RBC Convention Centre, Winnipeg’s premiere event facility. 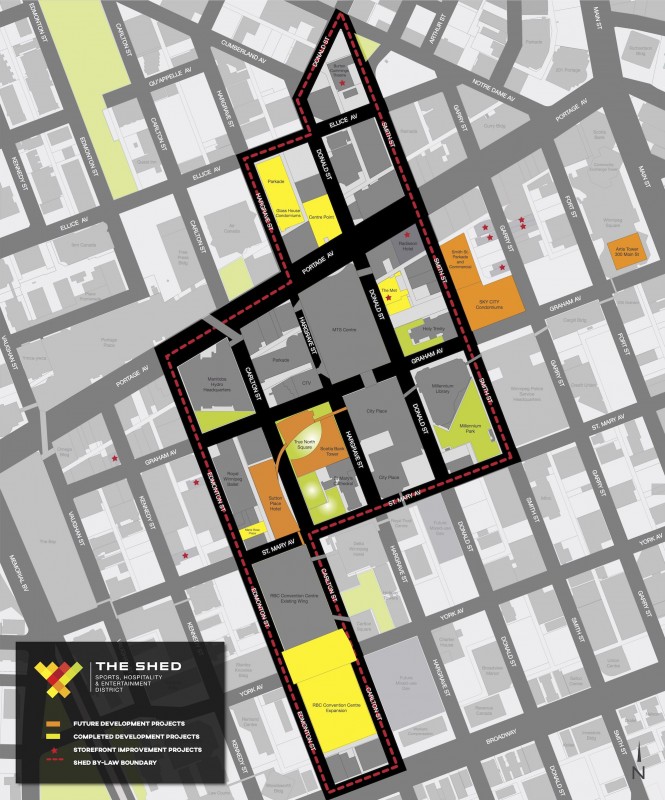 9. One of the most exciting elements of TNS is the public plaza, a two-acre space between towers 1 and 2, designed to be a meeting place downtown and could be used for pregame events, outdoor concerts and festivals. 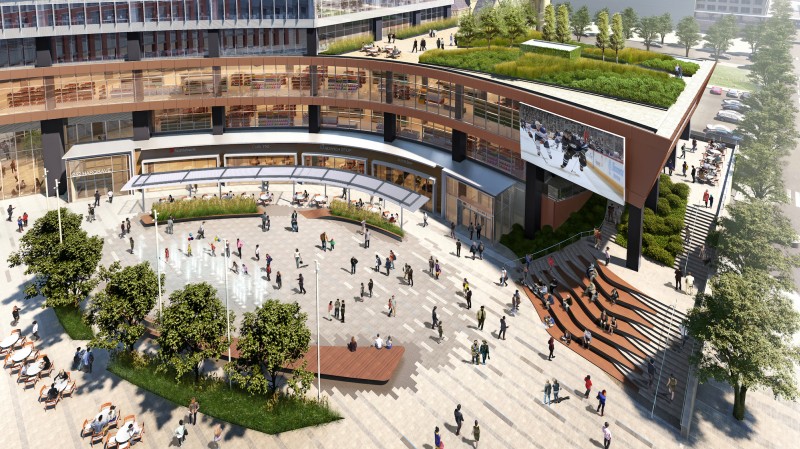 10. True North released a new 3D rendering video of True North Square and The Sutton Place Hotel which shows off the tremendous scope of this project.