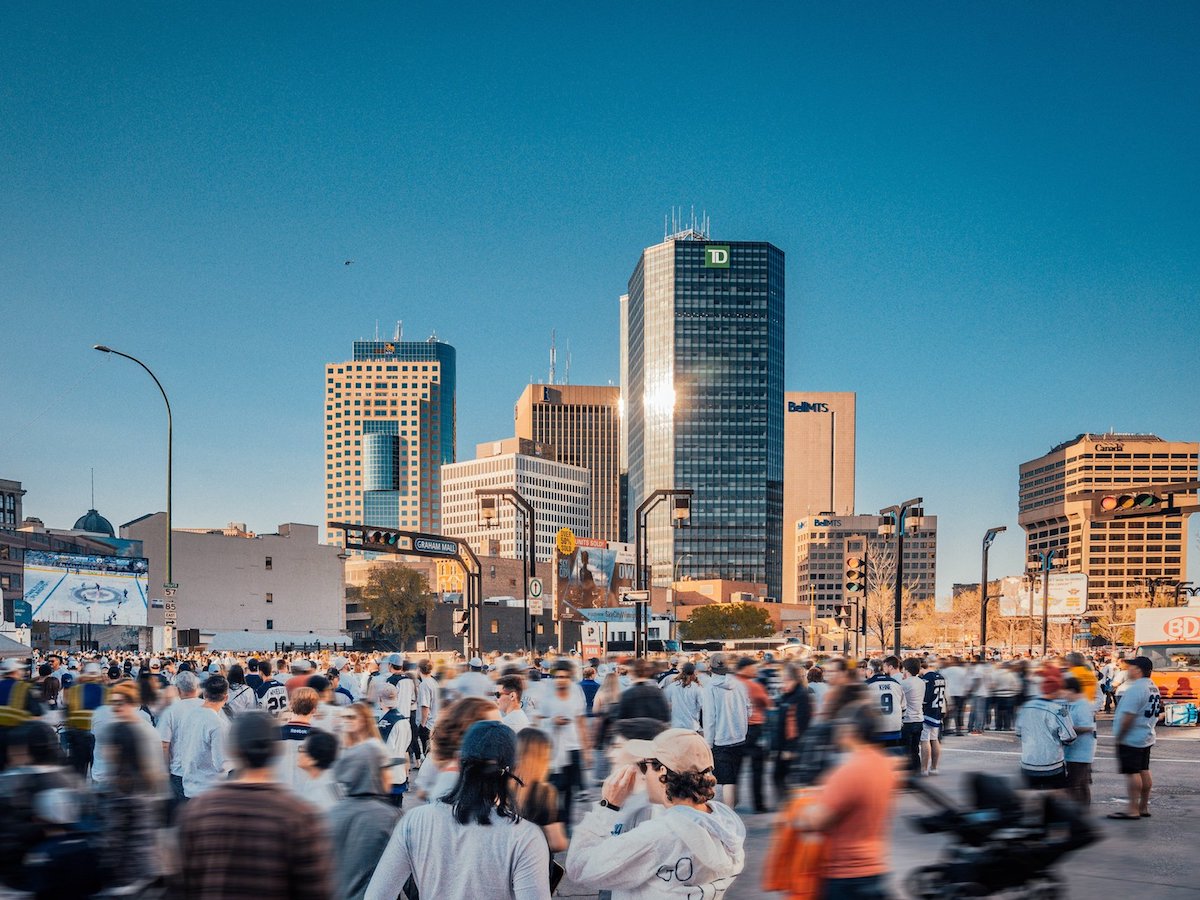 Winnipeg had a lot of reasons to celebrate in 2018, including at the Winnipeg Whiteout Street Parties. (Photo by Simon Liao)

Winnipeg’s always had a reputation as being a bit of an under-the-radar kind of city. But as we look back at 2018, we can definitively state that moniker no longer describes us.

We’re just going to come right out and say it: 2018 was a great year for Winnipeg.

Our team at Economic Development Winnipeg, Tourism Winnipeg and YES! Winnipeg is very proud of the work we did to showcase this city as a great place to live, work and play. We’re also proud to work with and promote some of the amazing companies that had big success here over the last 12 months.

We’ve compiled some of our favourite stories from 2018, so you can regale your family and friends (especially the ones from out of town!) this holiday season with this list of Winnipeg’s biggest achievements in 2018.

Game on! Ubisoft develops Winnipeg studio
“Everything started with a cold call.”  We love to tell this story. In April, Ubisoft - the world-renowned developer of hit game series like Assassin’s Creed, Far Cry and Just Dance - announced a new studio in our city to much fanfare and media attention.

The investment was a major success for our YES! Winnipeg team, led by our Director of Business Development Bill Coulter, who cold-called Ubisoft four years ago and got the ball rolling on a relationship that culminated with the big announcement on April 6.

From the beginning, Ubisoft’s leadership was impressed with the warm welcome they received from Team Manitoba, which included Economic Development Winnipeg, the City of Winnipeg and the Government of Manitoba. The ability of all levels of government and other industry partners to collaboratively work together to make this investment happen is something unique to our province – and it didn’t go unnoticed by Ubisoft.

The company has committed to building a team of 100 people in its Winnipeg studio, along with an investment of $35 million over the next five years.

Ubisoft’s announcement was the crowning achievement in a stellar year for Winnipeg's tech scene, which included massive growth by companies like Skip The Dishes and Bold Commerce. On top of that, the city was once again named one of the top 7 most-intelligent communities in the world by the Intelligent Community Forum (ICF).

We didn't deliver Amazon HQ2
Go ahead, mock us for calling a failure to achieve something a success, but hear us out! In October 2017, Economic Development Winnipeg, along with our partners at the City of Winnipeg and Province of Manitoba, submitted a Team Manitoba bid bring Amazon’s HQ2 to our city.

We were one of 238 cities to make a pitch for the $5 billion headquarters and the 50,000 high-paying jobs that would come along with it.
In January, Amazon released its short list of 20 cities and Winnipeg was not one of them. But our bid was about more than simply vying for Amazon. We want to be counted among North America’s top places to do business. In order to do that, we need to make our presence known and with our robust RFP for Amazon HQ2, we did just that.

Our accompanying bid video featuring local entrepreneur Obby Khan was also recognized as one of the best out there and got mentions in several media outlets including Seattle Times. After we got the news we were not winning Amazon HQ2, we shared an alternate ending to the video. ⤵️

The message it sends is that Winnipeg is open for any business and we’re better equipped than ever before to welcome companies like Amazon, Google or the next big thing.

True North Square is anything but…square
In September, our city celebrated the official opening of the first phase of True North Square, the largest private mixed-use development in Winnipeg history. When complete, TNS will include over one million square feet of office, retail, restaurant, hotel and public space, all within the heart of Winnipeg’s downtown.

The next phase of the project, the Sutton Place Hotel and residential tower, is already underway and scheduled for completion in 2021. Once the entire development is complete, 3,000+ people will live and work at True North Square, making it truly one of the most transformative projects in our downtown’s history.

Ain’t no party like a Winnipeg Whiteout Street Party
Although our beloved Winnipeg Jets did not hoist the Stanley Cup in 2018, there was a clear champion during playoff season: the city of Winnipeg.

As the Jets pushed deeper into the playoffs, Economic Development Winnipeg, along with True North Sports and Entertainment and our many partners, wanted to provide a venue for fans to celebrate their team and their city. We knew that the eyes of every hockey fan and sports media on the continent would be on our community so we wanted to make sure they saw the very best of what Winnipeg has to offer: thousands of cheering fans in a cosmopolitan and energetic city. Enter the Winnipeg Whiteout Street Parties.

The event, which was held a total of nine times during the Jets’ deep playoff run, was a stunning success. With the spotlight on us, we showed North America just how charismatic, energetic and passionate our city is.

Over the course of the playoff run, nearly 400 news articles were written about the street parties, with an estimated earned media value of over $2.2 million and a viewer reach of nearly 234 million. Our city was featured in the New York Times, The Globe and Mail, Bloomberg, and more.

Winnipeg: Canada's next tourism hot spot
In 2018 - more times than any other year in recent memory - Winnipeg was featured in travel media outlets across the world. It’s one thing to be included in one listicle describing our prairie city as “an undiscovered cultural center spilling over with a burgeoning culinary scene, modern museums, and boutique shops galore” (Travel Lemming), it’s another to read about the amazing things to see and doing in our city over and over again in publications like The Globe and Mail, Daily Mail, Lonely Planet and Airbnb.

Are you seeing a trend here?

Our formerly “undiscovered” city took centre stage in 2018. As the media outlets continue to send praise our way, more visitors will make their way here and that will pay big dividends for the Winnipeg economy.

At Economic Development Winnipeg and Tourism Winnipeg, we’re doing our part to get potential travellers to take the next step. This year, we launched a new Destination Marketing Organization (DMO) partnership with Google that allows Tourism Winnipeg to provide content directly onto Google’s Winnipeg information pages, providing tips and information directly to visitors.

Winnipeg was also officially recognized by the International Festivals and Events Association (IFEA) as a 2018 World Festival and Event City. The award is presented to cities who demonstrate going above and beyond when it comes to hosting major festivals and events. In short, we’re a pretty amazing place to host major events, like the Canada Summer Games.

In 2018, we created a solid foundation to build from. We’ve proven Winnipeg is the perfect location to grow international companies, our downtown is in the midst of a building boom and we’re Canada’s new tourism and events hot spot.

In 2019, we’re going to do everything we can to ensure that we attract more investment, events and tourists to our amazing city.