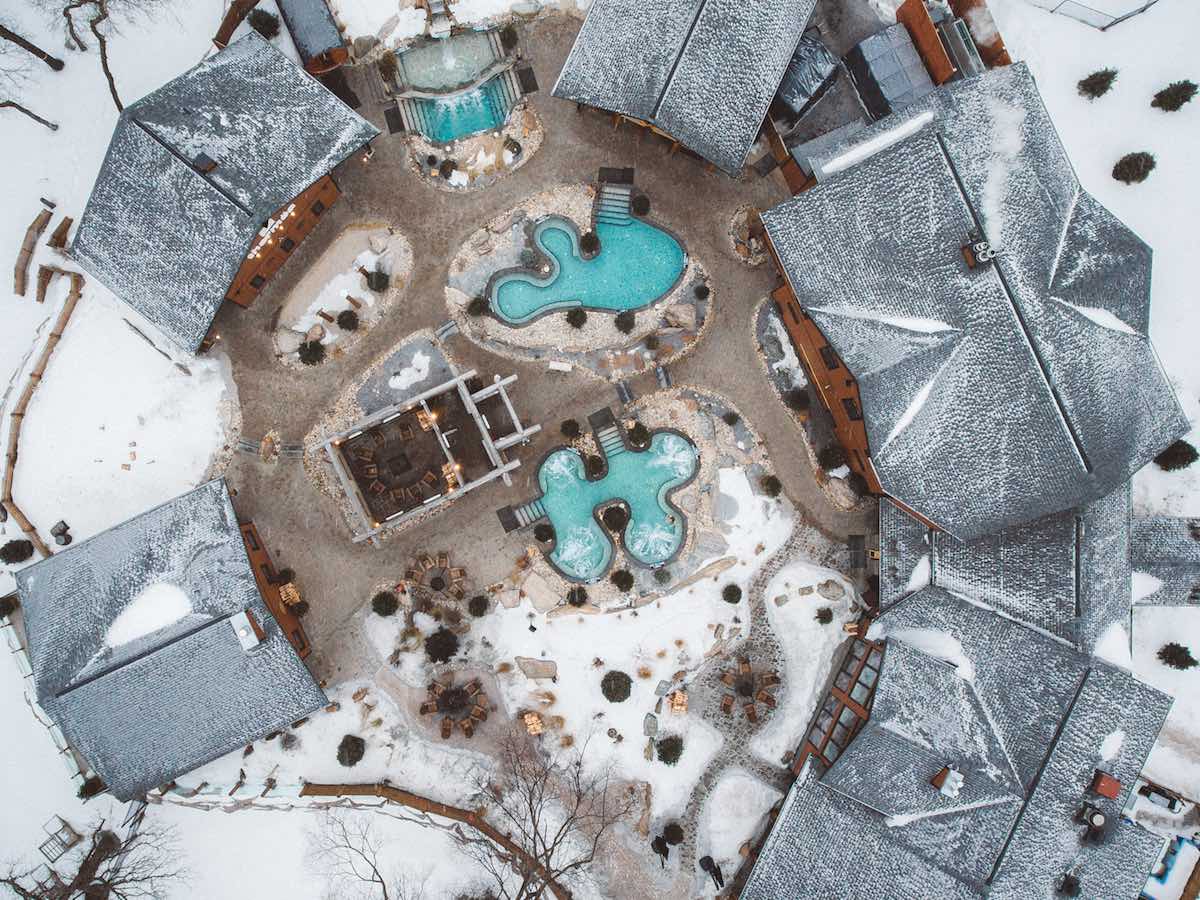 Not every city enjoys winter and everything that comes with it, such as heavy snow and dipping temperatures. In Winnipeg, locals embrace winter for its endless recreational opportunities and attractions. Chilly temperatures can also mean a rise in profits for local businesses who use our weather to their advantage.
Here are just some examples:

Northstar Robotics takes autonomous snowplows to the next level
What better place to test North America’s first autonomous snowplow than in Winnipeg – a city that gets plenty of chilly temperatures and a heavy helping of snow every winter.

Northstar Robotics and Airport Technologies Inc. are continuing a pilot project they started at the Winnipeg Airport in 2018 to test autonomous snowplows. Winnipeg winters offer ample testing ground, with the average snowfall around 114 cm a year. For now, plows work on runways not used by aircrafts or the public and on predetermined routes monitored through a tablet. Northstar Robotics CEO, Shawn Schaerer, says there are some exciting things developing for the company in 2020.

“We hope to finish up the pilot and have the technology commercialized by the fall of 2020. We also just partnered with Blackberry and some of its software that offers the highest security and safety ratings in the industry and more value to our customers. We’ll have more details about that coming up in May when we do a demo day in Ottawa,” says Schaerer.

The software collaboration is a natural fit. Northstar, along with another Winnipeg company, Trainfo, is part of the latest group of entrepreneurs to go through L-Spark, a joint accelerator program by Blackberry and SaaS. Other Winnipeg success stories to go through the program include, SkipTheDishes and Bold Commerce.

This means it won’t be long before you see Northstar Robotics autonomous plow on a city street somewhere in Canada. The hope is the technology could also work in the agricultural industry.

Thermëa outdoor spa still a little gem on the Prairies

Our winters make for brisk business at Thermëa. Winnipeg is the ideal spot for an outdoor spa concept firmly rooted in the favourite European pastime of alternating between hot and cold experiences. We have the cold, so when you add a little heat, you have an instant hit. In 2015, Winnipeg was the first city in Canada where the Nordik Group chose to expand after opening its first spa in Chelsea, Quebec.

Locals and tourists alike continue to flock to this spot for relaxation in Winnipeg’s south end. It is the only Nordik spa on the Prairies, although there are plans for two more concepts in Alberta, Ontario and B.C. The Winnipeg spa also expanded its offerings in 2019 adding an outdoor beach area with a bar and a water feature complementing an earlier expansion of the restaurant and outdoor patio.

NFI can say with confidence its zero-emission buses can stand up to challenging environments because it uses our naturally frigid conditions in Manitoba as a backdrop for testing. It teamed up with Red River College’s MotiveLab and its 7,000 sq. ft. state-of-art lab in 2018. The lab acts like a giant heater or freezer for year-round testing at extreme temperatures and under full loads using a 1,000 horsepower, three-axle dynamometer. MotiveLab, which was recently featured in The Hill's Global Lenses series is a unique facility for Western Canada because it can provide a large testing space for heavy vehicles and eventually, aerospace-related applications that need a temperature-controlled environment.

NFI’s hunch that the world would demand more sustainable transportation capable of running in any conditions is paying off. The company recently inked a deal with Seattle’s King County Metro for 40 zero-emission, battery-electric Xcelsior CHARGE transit buses. At $1.3 million dollars each, it is a significant win for the company. There are also plans to add another 80 battery-electric buses in the Seattle fleet in 2020.

Long Winnipeg winters offer a competitive advantage for Bell MTS 64,000 sq. ft. data centre. The company can use Winnipeg’s abundant and free cold air outside to chill processed heat. This free cooling technology allows the chiller compressors to stop operating, resulting in energy savings for the company and lower costs for customers who use the colocation, managed hosting and cloud services. The facility is also Tier III design-certified by the Uptime Institute, which is the globally recognized standard for data center reliability and overall performance.

GE and Standard Aero’s Test Research and Development Centre (TRDC), located at James Armstrong Richardson International Airport, has been using Winnipeg’s cold winters to test the some of the world’s best jet engines since 2011. Winnipeg is an ideal location because our colder winter climate allows GE to maximize its engine ice certification testing.

In 2018, the facility completed a $26-million upgrade, which made way for testing the industry-leading GE9X engine, which powers Boeing’s 777X aircraft. During an engine test, all data and captured video feeds into a control room in GE's Cincinnati headquarters. Engineers there can then make key decisions based on what they are seeing in real time.

In 2018, the facility completed a $26-million upgrade allowing for testing of the industry-leading GE9X engine to power Boeing’s 777X aircraft. Winnipeg was picked as the site for the centre back in 2011 thanks to its colder winter climate so GE could maximize its engine ice certification testing. During an engine test, all data and video captured is fed to a control room in GE's Cincinnati headquarters in real time, meaning engineers there can make decisions while the test is happening.

If you think, your business can benefit from

Winnipeg’s winters, contact our YES! Winnipeg business development team. They can support bringing your company to the city, or if you are an existing business, help you expand your operations.

If you think your business can benefit from Winnipeg’s winters, contact our YES! Winnipeg business development team. They can support bringing your company to the city, assist entrepreneurs in bringing ideas to life and help existing businesses expand operations.

Did you know? Winnipeg is an accredited member-city of the World Winter Cities Association for Mayors (WWCAM), a network of over 20 northern cities worldwide dedicated to promoting winter technologies and experiences.