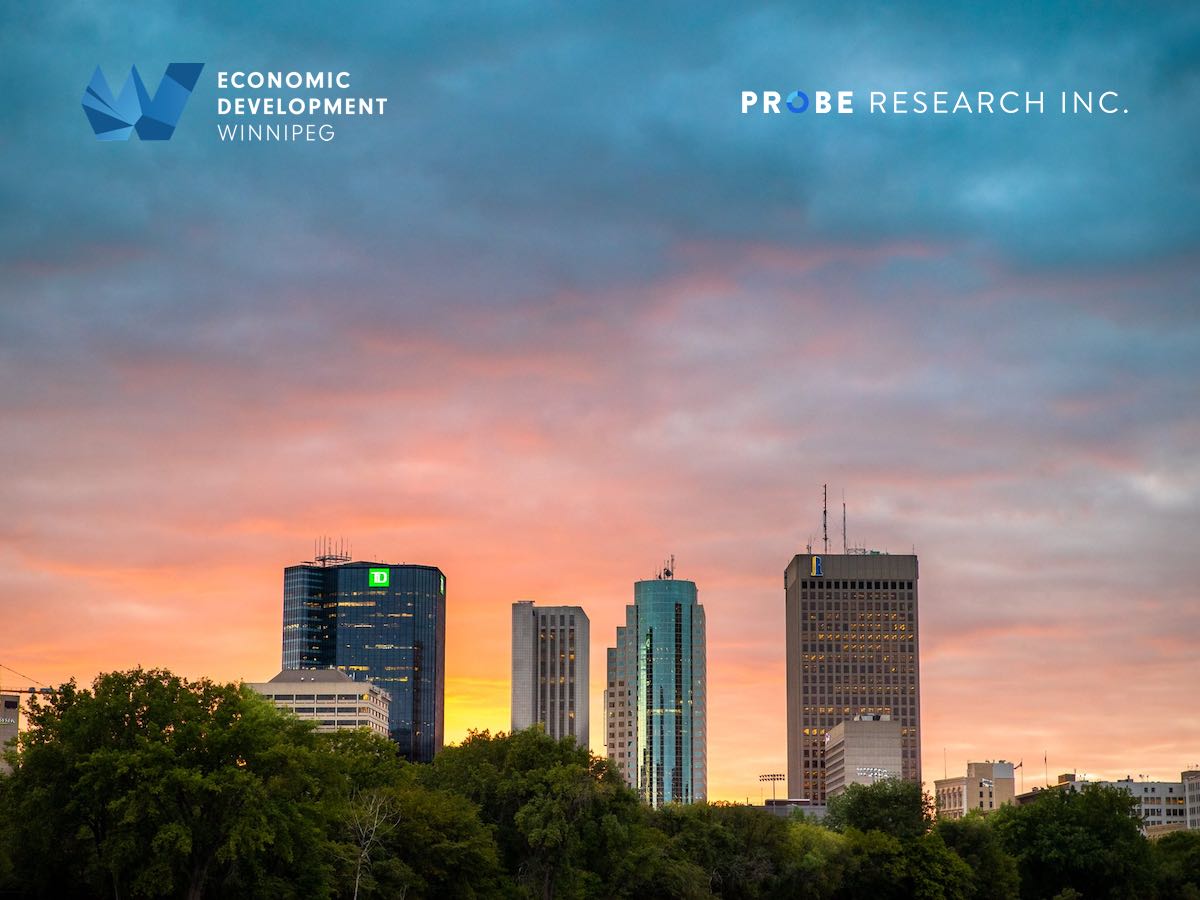 Nearly seven out of 10 Winnipeg adults are optimistic about the economic future of their city according to new survey.

Every so often, it’s beneficial to look at the economic landscape of the city to see where we are and how we can grow. That’s why Economic Development Winnipeg is sponsoring a new survey initiative with Probe Research.

The first edition of Winnipeg Economic Perspectives, which was recently featured in the Winnipeg Free Press, found nearly seven out of 10 Winnipeg adults are optimistic about the economic future of their city.

The Probe Research Omnibus Survey is the province’s largest and most trusted general population survey. Between September 17 and 26, 2019, it surveyed a random and representative sampling of 600 adults who live in Winnipeg.

Surveys like these paint a realistic picture of resident satisfaction, good and bad. And they provide strategic insights to organizations like EDW that are mandated to promote Winnipeg to businesses, talent, investment and visitors.

“We’re constantly benchmarking ourselves against all the major cities in Canada, for business and capital investment and talent increasingly,” explains Spiring. “So we’re going to do that and this is step one for us to understand how everyone is feeling and what the state of the union is.”

EDW and Probe will provide periodic updates in regards to the local economy and public sentiments on public and personal finances in the coming months and years through the new Winnipeg Economic Perspectives initiative. We’ll will be tracking numbers going forward to look for trends and opportunities to grow.