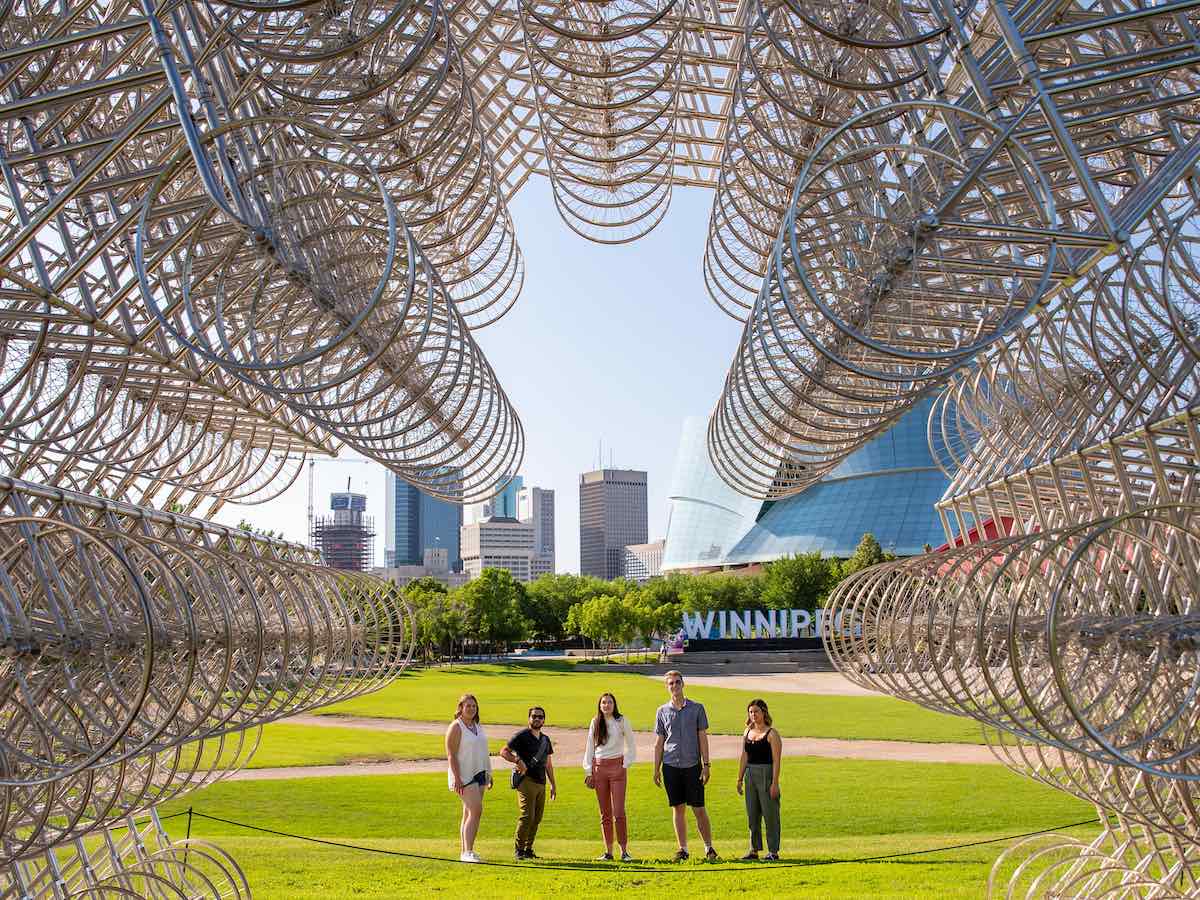 Everyone can be a part of shaping Winnipeg's future. (Mike Peters photo)

I had the opportunity to speak at the State of the City address given by Winnipeg Mayor Brian Bowman and hosted by the Winnipeg Chamber of Commerce. Traditionally, more than a thousand people would gather at the RBC Convention Centre, sharing lunch, networking and looking back on the year that was and what’s ahead for our city. While we still can’t gather in large groups, this year’s virtual webinar showed us that the planning and execution continue for a vision that sees Winnipeg thriving once again.

Winnipeg was in a great position before the pandemic hit, we were floating on some great wins, celebrating the Winnipeg Blue Bombers Grey Cup championship after a 29-year drought, a Nobel Prize for former Winnipegger James Peebles for his work on the Big Bang theory, the opening of Winnipeg Art Gallery's Qaumajuq and Manitoba 150 celebrations.

Even as the pandemic took hold, Manitoba’s diverse economy fared better than most. In July 2020, the Royal Bank of Canada said Manitoba’s gross domestic product would shrink to 3.8 per cent, putting it among the best provinces in Canada.

We all know the rise in COVID-19 cases and the eventual second lockdown in November 2020 slowed us down again, leaving businesses struggling and forcing others to close.

We need to be ambitious with our goals and efforts now; not just to get our city back on track and recovering but to do what we always seem to do — as Winnipeggers and as a city—surpass expectations.

For our part, Economic Development Winnipeg’s business development team has set some ambitious goals—to support the creation of 10,000 more jobs and $350M in capital investments over the next 5 years. Our Tourism team is aggressively pushing its ‘support local’ campaigns—including, Here for It. The team has also been working hard to re-book cancelled meetings, conventions and sporting events, but not just for this year, it is looking ahead to fill the pipeline of potential events for five years from now.

Economic Development, like city development and growth, is a long game. But what we do in the short game is what will give us the wins we need later.

That’s why we need to talk about bold moves. It’s at the forefront for the city, so we need to start looking at what we can do as a community—to move beyond just surviving. We can all set up the right conditions for local companies and businesses to rebound and grow.

We all have a responsibility as leaders, Winnipeggers and investors to shape our city’s future. If we want to put down a foundation on which companies can stand on, grow and succeed in a post-pandemic economy, we all need to take the “support local” concept to a whole new level.

You can see exactly what I mean in the video above and if you’re a business that wants to take a greater role in how you can support local and drive Winnipeg’s future success, reach out to my team.