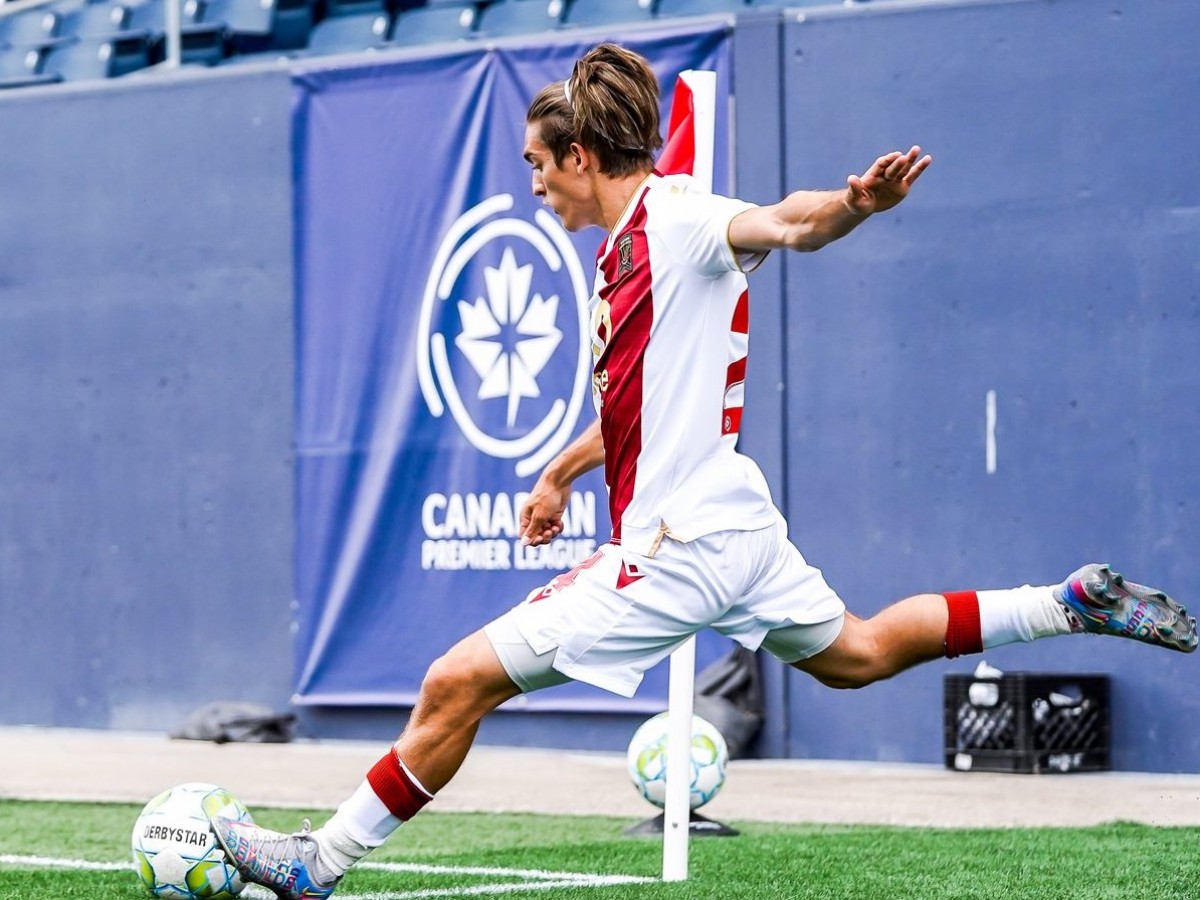 Sean Rea takes a corner kick in the first half of the game against Forge FC on June 27, 2021. Photo: CPL Robert Reyes/William Ludwick

The Canadian Premier League's "The Kickoff" rolled into town on June 26 and the 29-day soccer event in Winnipeg is bringing a much-needed cash injection to our tourism sector.

“This major sporting event is going to be done safely and will be a boost for our tourism sector, which has been hit hard by the pandemic. The CPL tournament will translate into more than 5,500- booked hotel room nights and $4.9M in economic spinoff,” says Dayna Spiring, President & CEO, Economic Development Winnipeg.

That spinoff outside of hotels will extend to everything from transportation to food and beverages to retail, recreation, business services, and space rental. On top of the economic benefits, the 36-match event will be broadcast across CPL's media partner, OneSoccer and that means more eyes on Winnipeg.

"The media coverage will elevate Winnipeg on the global stage and position us as a premier city to host similar events in the future," adds Spiring.

At the time of the announcement on June 5, Wade Miller, President & CEO of Valour FC said that it was special to be able to host the start of the season here in Winnipeg.

“We are thrilled to be hosting our clubs at IG Field to begin the season. We thank the CPL, Province of Manitoba and the City of Winnipeg for their support and co-operation in securing The Kickoff at IG Field and we can’t wait to get the season started.”

The Canadian Premier League Commissioner, David Clanachan, added that this event couldn't have happened without the careful planning and support of multiple players.

“The level of support from the Province of Manitoba and the City of Winnipeg who have been at the forefront of all our planning has been tremendous and focused on delivering the season with safety for all a top priority. Everyone has come together to make this happen. We know what it takes, we have the playbook, and we know how to execute flawlessly as we did in 2020."

The CPL and the Province of Manitoba say the league is abiding by all mandated public health protocols and measures. As more Manitobans get vaccinated, it has also allowed the league to welcome about 2,000 fully vaccinated fans into the stands starting July 7.

People can learn more about “The Kickoff Event” or how to get tickets, which go on sale July 5th at Valour FC’s website.