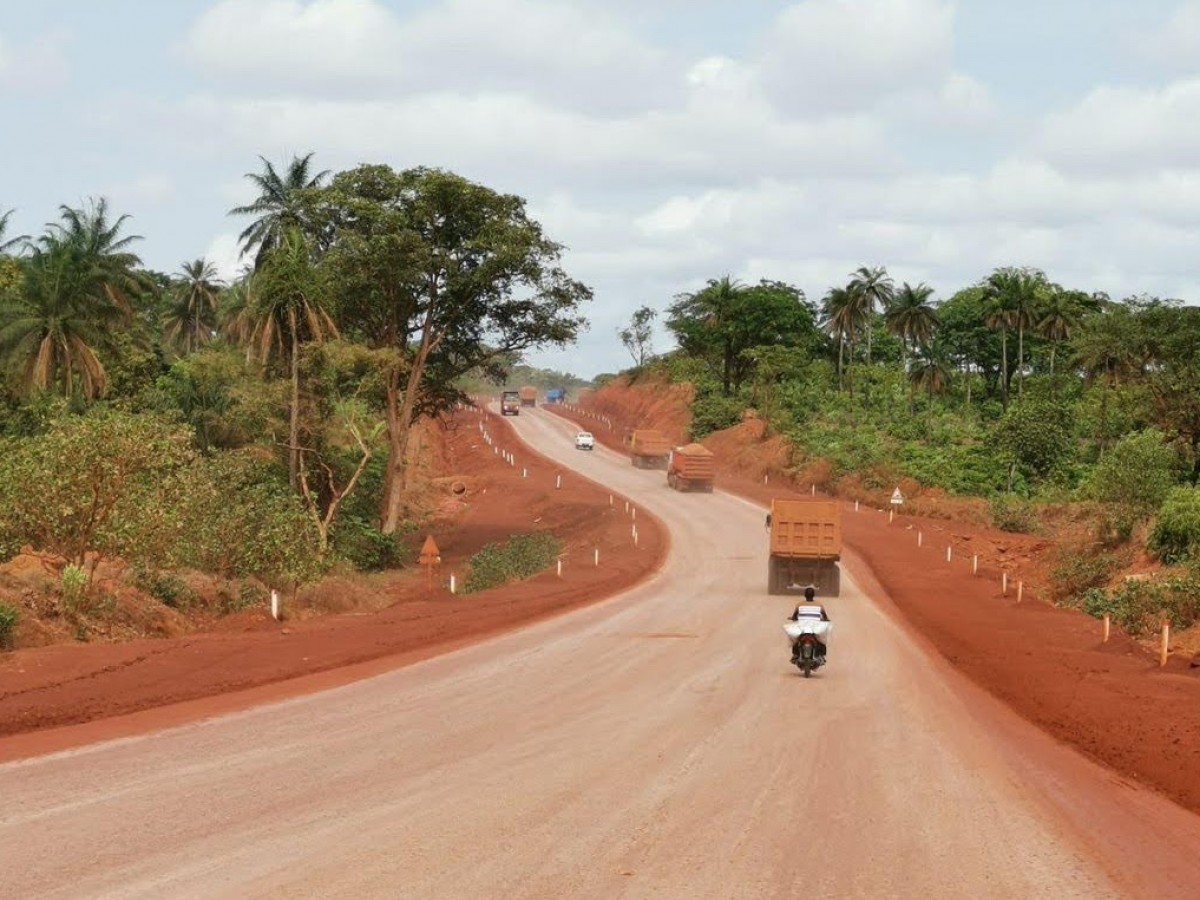 Dust Stop has been used on roads in countries across nearly every continent including on this road in Guinea, West Africa.

A made-in-Manitoba product with a global impact

Cypher Environmental has a history of being an industry pioneer when it comes eco-friendly products to control dust on roads, but five years ago, the company’s R&D team stepped up its efforts. The result was a made-in-Manitoba product making a positive global impact for companies and the environment.

“We knew we were competing in very price sensitive industries and needed a lower-cost product to capture more market share. Dust Stop Municipal Blend (DSMB) was created to help us do that and has been successful in helping us to grow revenues and market penetration into new markets worldwide,” says Todd Burns, CEO of Cypher Environmental.

Cypher’s Vice President of R&D, Teaghan Wellman, joined forces with a team from Red River College to develop the latest version of Dust Stop through funding from Natural Sciences and Engineering Research Council of Canada (NSERC) Engage project. Dust Stop can be applied using the same equipment and techniques as salt and other products that are used to minimize the amount of dust on dirt roads, but it’s more environmentally friendly and affordable.

Dust Stop has been used on everything from dirt roads leading to the film sets to golf courses and a variety of industries across more than 50 countries and every continent except Antarctica. But Burns says connections are being made right now that may add that continent next to Cypher’s list as well.

“The primary market where it’s seen the quickest uptake is the mining industry. Once applied, Dust Stop makes the roads much safer to use and more productive for the mines, which helps improve their bottom line. However, the product is also used prevalently in forestry, oil & gas, and municipal applications, including here in the City of Winnipeg,” says Burns, adding that the city first starting using the product on a few back lanes last year.

“It’s very rewarding to know that an innovative product we created in our backyard is now benefitting communities around the world. It proves that here in Winnipeg we have dynamic, world-class leaders in research capable of designing technologies with substantial real-world applications.”

Cypher Environmental is also a good example of what can happen when there is funding for innovation in clean tech and research support at post-secondary institutions but Burns wants to see more. He’ll get that chance as part of the Global Clean Technology Advisory Group (GCTAG) with Mary Ng, Minister of Small Business, Export Promotion and International Trade for Canada.

“I can only imagine how much further ahead we would be now, had a program like the one we’re trying to develop in GCTAG existed back when Cypher was a younger company. We have one primary focus—to help grow the clean tech sector in Canada and help companies engage with local partners faster, enabling substantially faster growth potential and the ability to get their new innovations in clean tech adopted in Canada first. The increased adoption of clean tech in the country will further enhance our sustainability, and the proof of concept developed here will enable the companies to gain credibility and grow in international markets. It’s a win-win scenario and will catalyze further development of new green technologies as Canadian clean tech companies grow and prosper,” says Burns.

In the meantime, Cypher has continued to develop other environmentally friendly products including EarthZyme, which helps stabilize roads with high clay content, resulting in fuel savings for companies.

“A client in China recently reported a 17.4 per cent reduction in fuel consumption for its fleet travelling on a stretch of EarthZyme-treated roads, representing an annual savings for them of $3.6 million USD in fuel costs and a reduction in greenhouse gas emissions annually by more than 10,000 tons.”

Helping to build better, more fuel-efficient roads is just the beginning. Cypher has also expanded its lab here in Winnipeg and is working on new applications for existing products while innovating to create new ones, paving a road to success that seems to stretch out indefinitely.