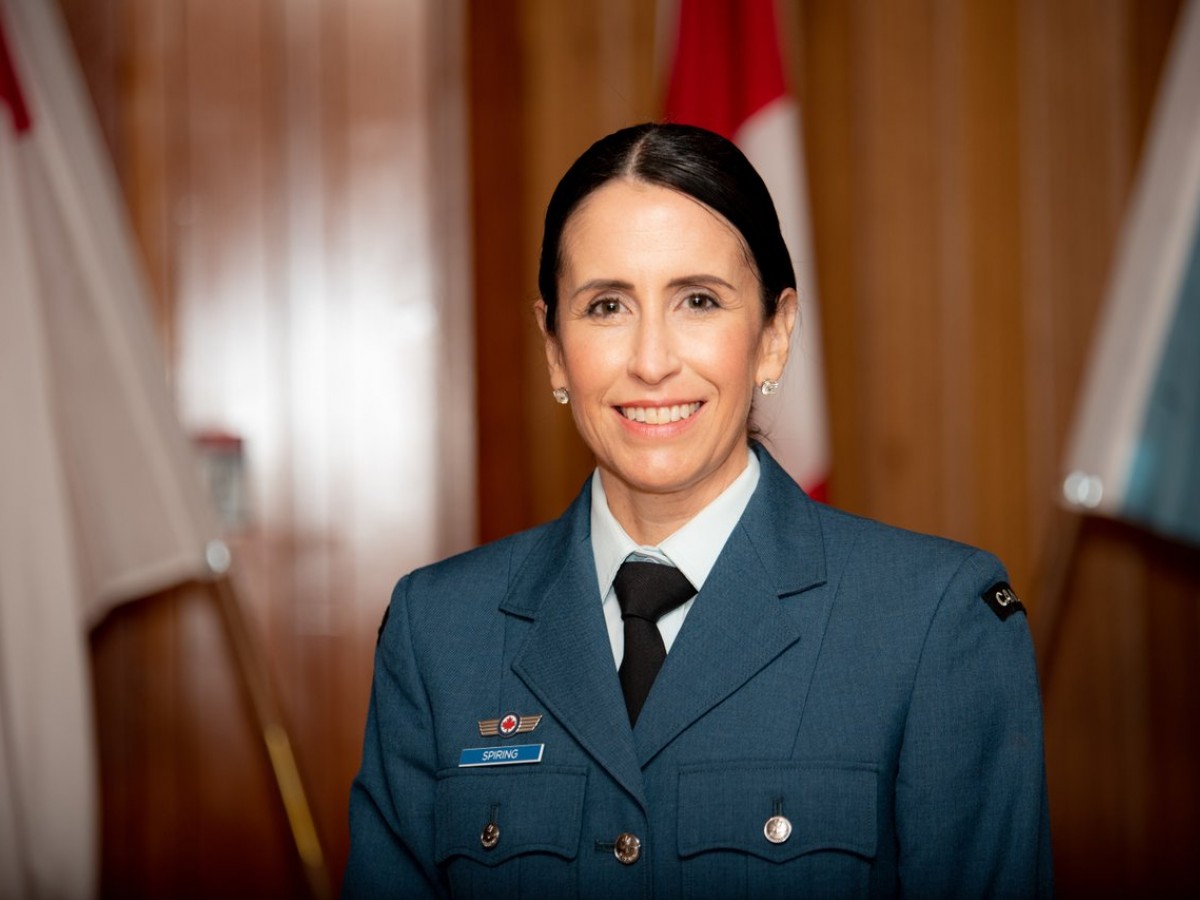 The impact of military bases and members on our economy

It's an honour that dates back to the late-1800s. The position of Honorary Colonel is meant to foster strong connections between the military and the community. Former honoraries have come from all walks of life--from the military, media and a variety of organizations--taking on the important responsibility of working alongside the Canadian military, integrating and learning about its customs and traditions while mentoring senior leadership through complex issues.

"I am humbled and honoured to be invested as Honorary Colonel of 2 Canadian Air Division, the training and professional development authority for the Royal Canadian Air Force. To the members of 2CAD, I hope that I can be a link between the work that you do and the rest of our community. I hope I can offer some new perspectives and give you new ideas to consider. I will do my best to serve you and I hope to make you proud," said Spiring at the investiture on Oct. 22, 2021.

As enthusiastic leaders of the community who graciously accept the appointment, HCs remain outside the traditional chain of command and can:

“As a trailblazer throughout Dayna’s impressive career, her experience and successes in leading change will bring a much needed and different perspective to 2 Canadian Air Division,” says Brigadier General Denis O’Reilly, Commander, 2CAD.

“Even in the short time we have worked together, your insight and support to us has been fruitful. So, I am very excited and optimistic about this new partnership, and very much looking forward to the benefit of your insight, and mentorship.”

2 Canadian Air Division is proud to welcome Honorary Colonel Dayna Spiring to their leadership team. Thanks to outgoing HCol James Fergusson who served for many years in this role and for the RCAF’s Barker College. pic.twitter.com/ih6obC4MyN


Military numbers from 2019 show an estimated 3,017 members were stationed in Winnipeg. When you factor in their immediate or extended family members, the number rises to 5,450.

EDW's Senior Economist, Chris Ferris, says the economic impact of the military bases and their members on Winnipeg is significant.

“When you look at these 3,017 defense services jobs, they support close to 3,000 additional jobs (indirect and induced), for a total of approximately 6,000 jobs. The estimated total GDP supported is as high as $700 million per year.”

Spiring says she looks forward to sharing other ways the military is having an impact on our community.

"The work that happens here is important to each of us as Canadians. I’ve often said in the context of economic development, which I think applies equally here, oftentimes in Winnipeg we do a lousy job of telling our story and showcasing all that our city, and the institutions within it, have to offer," adds Spiring.

"I can’t wait to share with people what goes on at 2CAD and tell them about the members I meet. Also, how they serve our country and protect our freedoms while contributing so much to our community."

You can learn more about the 2 Canadian Air Division, here.