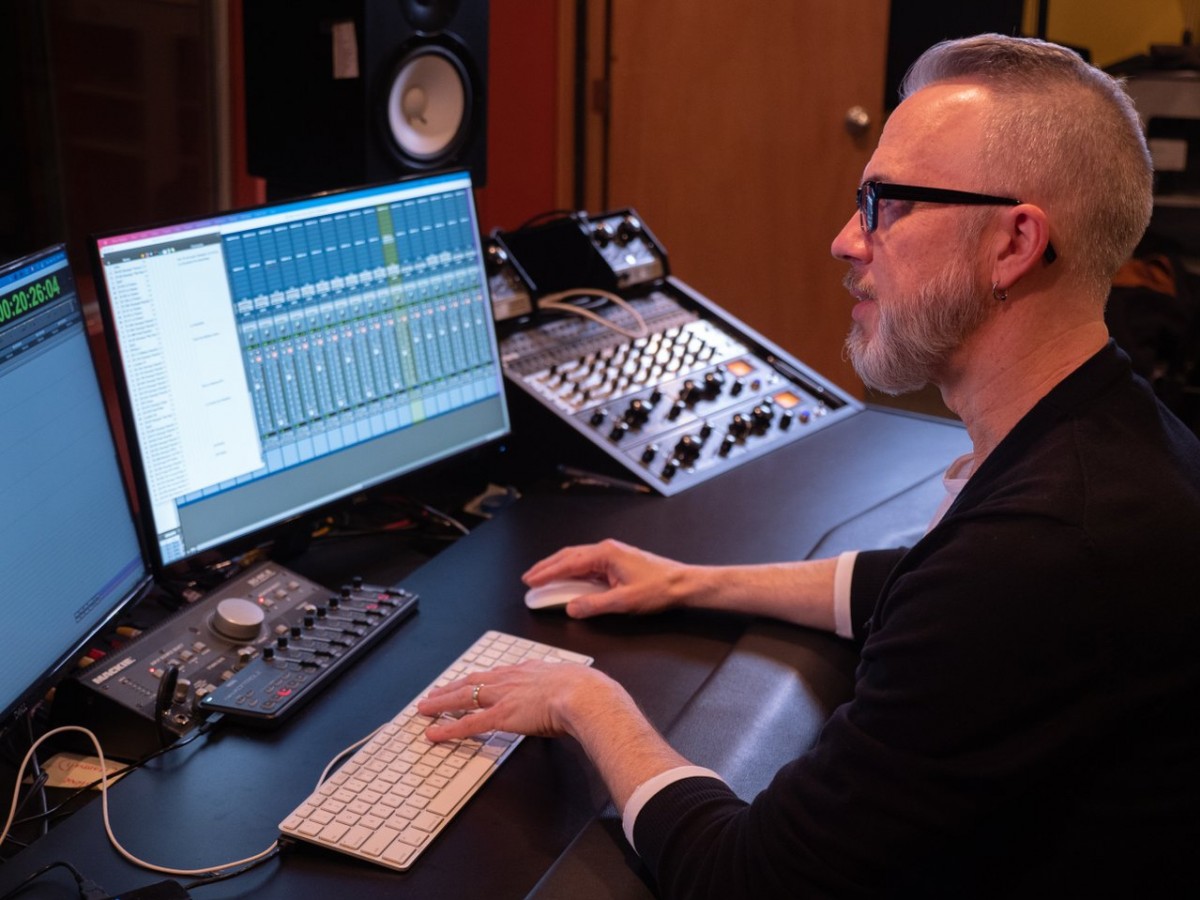 DACAPO Productions: The sound of success heard around the globe

Getting to know DACAPO Productions, a creative audio production company in Winnipeg, Manitoba

In an unassuming one-storey building on the corner of 516 Hargrave Street in Winnipeg’s Exchange District, a team of talented Winnipeggers works full force to create world-class creative audio.

“Basically, anything that uses sound in a creative way,” says Clinton Skibitzky, Co-Owner and Manager of Operations at DACAPO Productions.

The small but mighty DACAPO Productions is on a mission to craft meaningful and impactful audio for the creative industries locally and globally. The production studio reaches far and wide, with half of its clients located outside of Manitoba.

“We do audio recording in terms of voices, music, sound effects—we do editing, we do mixing and we do this work for a variety of different applications,” adds Skibitzky.

The company works on an array of projects from documentaries, TV shows and commercials to movies, animations and video games. DACAPO has used its magic on one of Winnipeg’s most famous attractions; the Manitoba Museum’s Nonsuch Gallery, for which the DACAPO team crafted an hour-long surround sound experience featuring 32 discrete channels of audio that immerses gallery patrons in the stories, sounds, voices and music of Deptford, England in 1668.

From Winnipeg, Canada to the world

DACAPO’s studio walls are adorned with posters that highlight some of its impressive projects, including partnerships with production companies from Los Angeles to France.

One of its most notable projects is a soccer cartoon from South Africa called Supa Strikas, which DACAPO has been working on since 2007. Now in its 8th season, the cartoon has now become a YouTube Original. The first seven seasons featured a cast of voice actors entirely from Winnipeg.

DACAPO has also partnered with numerous other creative studios including co-producing animated features and series with France-based Gaumont. Locally, the studio has worked with many advertising agencies and is currently working with Winnipeg-based Complex Games on a video game.

Why is Winnipeg’s creative industries growing?

The creative industries in Manitoba is only getting bigger and part of that is thanks to our province’s tax credits. DACAPO’s Production Manager, Kristen Martin who got her start from Mid-Ocean School of Media Arts in Winnipeg, explains the impact of those tax breaks to the company.

“Thanks to the Manitoba Film and Video Production Tax Credit, DACAPO is often able to self-finance a portion of our client’s productions, and this puts Manitoba creative production services in a very favourable competitive position relative to our competitors,” says Martin.


Nolan Balzer, DACAPO’s Voice Director, who has been with the studio since its inception in 1998 also spoke about the impact the tax credits have had on the local community.

“The tax benefit gives both the local acting community and the crews that we have for those productions an opportunity to develop, to grow and to be alongside Hollywood A-list talent, to see how that whole industry functions,” says Balzer.

“And I think the tax credits have also allowed a few other industries, maybe more studios like us for example, and video production companies to think that there’s enough of an opportunity available to risk building a new business from the ground up.”

Another Winnipeg advantage is its professional and diverse talent pool. And here in Winnipeg, we don’t have a high cost of living, which keeps talent in the city.

“We have been able to find someone who can do whatever we need in a creative capacity here, and that’s a big asset. And the fact that we are able to essentially be located in the city centre with a very competitive overhead all means that we have a very unique and competitive advantage being here,” says Skibitzky.

A city of opportunities

Born and raised in Winnipeg, Giselle Nazareno, Audio Engineer and SFX Designer at DACAPO moved to Vancouver to study. After finishing her program, she realized how tough it was to find a job there.

“The industry is pretty saturated back there, so I moved back home. Luckily, DACAPO was hiring at that time, and I’ve been here ever since.”

Skibitzky and his DACAPO co-owner, Olaf Pyttlik, say Winnipeg has been such a great place for entrepreneurs that in 2014, they opened a new business venture called Across the Board Game Café.

“Living here, you get a good feeling of the city, how it works and the people in it. I think that allows you to do things that might be more challenging in a much larger and more competitive environment like Toronto or Vancouver. I think it’s also riskier financially to do something like buy a property or undertake something from scratch in those cities. Where here, it feels more doable,” says Skibitzky.

We can go on and on about how great Winnipeg’s quality of life is, but we’ll leave it to Balzer to tell you why there’s no city like ours.

“I live in Winnipeg primarily because the housing prices are great compared to the rest of Canada,” he says. “I’m a prairie boy at heart, so I like it here. I like this landscape and the community feel. That small town-feel just lends itself to an intimacy, and intimacy to trust, and trust to creativity. Winnipeg’s been great for that. The community’s been wonderful.”

Watch the video below to learn more about DACAPO’s success story.