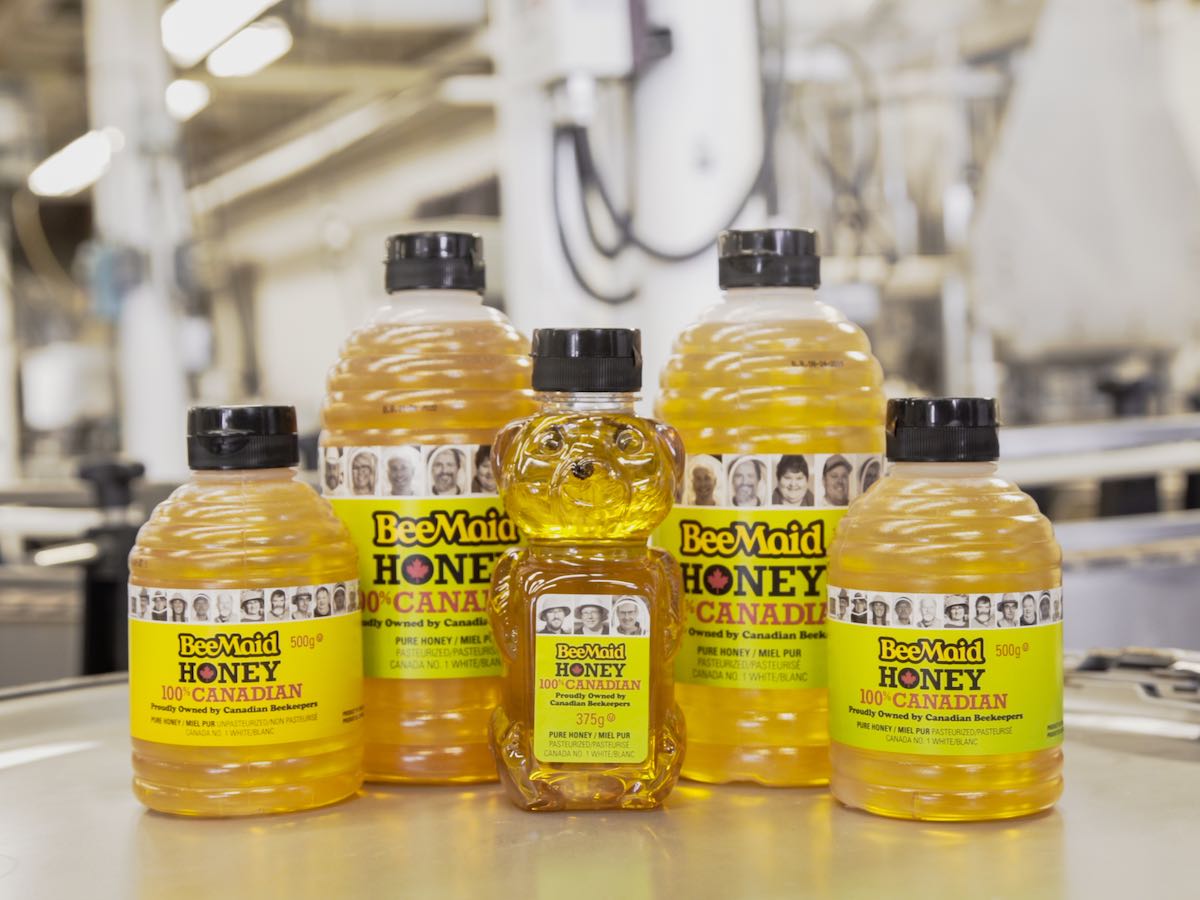 Bee Maid Honey takes in close to 30 per cent of all the honey produced in Canada on an annual basis. (MAST Creative)

Guy Chartier moved from Toronto to Winnipeg in 1989 and says there is no way he’d ever go back.

“The quality of life here is great. The affordability, coming from Toronto, was huge. Of course, I also fell in love with a beautiful Ukrainian girl from the North End, so I decided to stay and raise my family here,” adds the CEO of Bee Maid Honey Limited, laughing.

Strong connections like that aren’t just personal for Chartier, it’s what drives the business he runs today. In fact, it was personal connections between beekeepers in Manitoba and Saskatchewan that pushed them to build a co-operative to sell their honey back in 1954.

Sixty-six years later, you can find bottles of BeeMaid honey on store shelves in every major grocery store chain in Winnipeg. More than 300 beekeepers across Manitoba, Saskatchewan and Alberta remain the backbone of the company.

“We are owned by producers. We impact so many people. It’s not just about being an employer, it’s about ownership and a sense of pride,” says Chartier.

On the assembly line, staff monitor as honey pours into all kinds of bottles, including the familiar BeeMaid bear-shaped bottle. Beyond that, barrels of white, golden and amber liquid sit stacked ready to be filtered and packaged.

“We have a loyal fanbase for sure,” says Bowden. “We saw a 20 per cent increase in BeeMaid brand retail sales last year.”

Bee Maid Honey Limited is Canada’s largest honey packer. Close to 30 per cent of all honey produced in Canada comes through this plant and its sister plant in Spruce Grove, Alberta.

According to Statistics Canada, a cold, wet spring and summer on the Prairies caused Canadian honey production to drop 15.4 per cent from a year earlier to 80.4 million pounds in 2019. It was the lowest level in seven years.

“Despite this decrease in honey production our Bee Maid producers still delivered the honey required to meet the company’s sales, which goes to show the support received from our membership,” says Chartier.

With intake and sales coming and going from different provinces, Chartier says Winnipeg is an ideal location.

“Being in central Canada, whether we ship east or west, we’re in a good position. Also, we have a really good, skilled labour force and our labour costs are very competitive.”

The business has doubled in size and is looking to expand in the Winnipeg region.

The company has a list of things that it’s considering before choosing a location to expand, but one of the top priorities is having the business in a location that is easily accessible for its beekeepers and 50 employees that work at the Winnipeg plant.

“It’s been our home here for a very long time and we feel the same pride in this place as our beekeepers and employees. We want to continue to grow here,” adds Chartier.

Bee Maid is just one of the 189 food and beverage manufacturing companies in our city, employing more than 13,000 people and contributing $1.4 billion to Manitoba’s GDP.