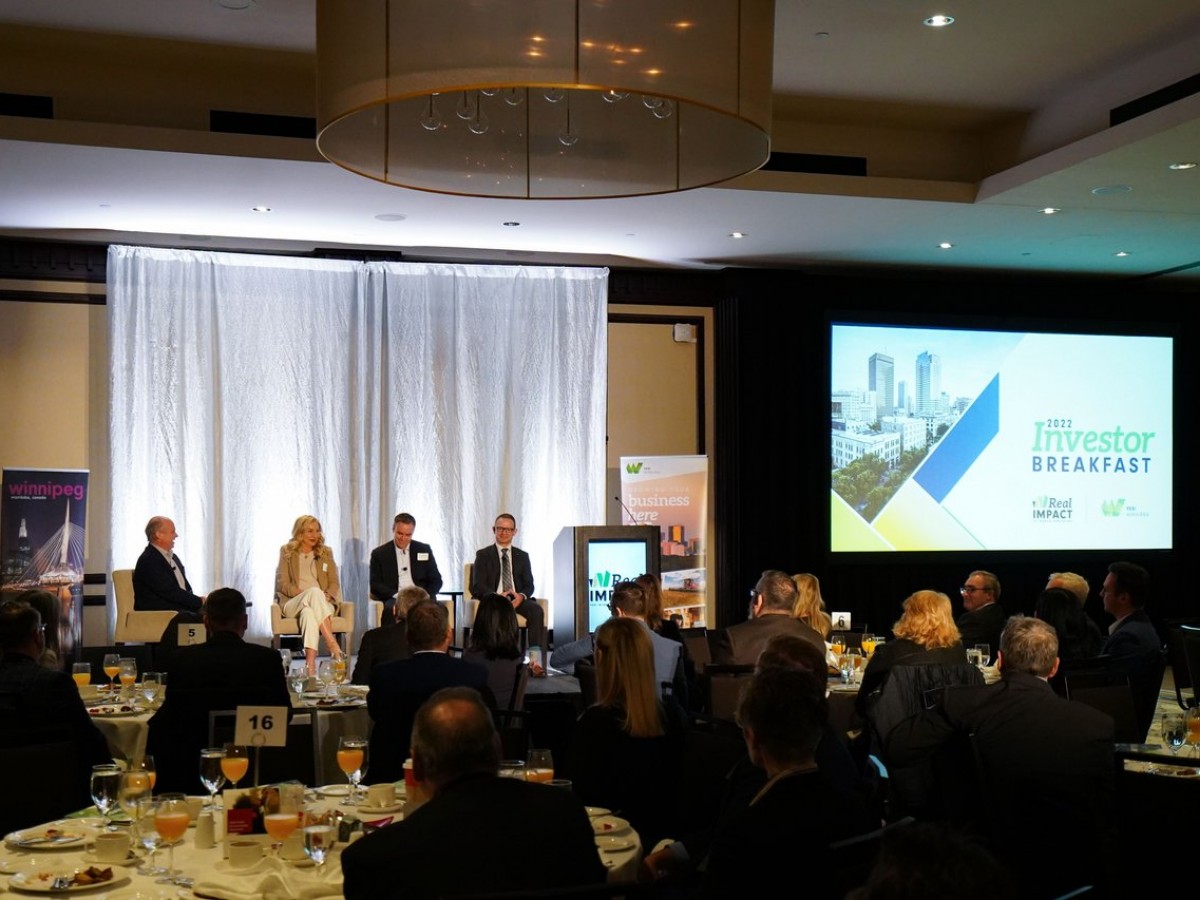 About 300 business leaders across a variety of sectors joined municipal, provincial government officials for YES! Winnipeg's (YW) Investor Breakfast on May 2. It was the first time in two years that the event was held by Economic Development Winnipeg's (EDW) business development team and there was a lot to celebrate.

“Winnipeg has a lot to be excited about. Our economy is recovering, and we’re seeing a real interest in what our city has to offer. From green energy to financial services to specialized cargo capabilities and our growing film industry," added Dayna Spiring, President and CEO of Economic Development Winnipeg.

The breakfast included an insightful panel of private sector investors who talked about what they thought was needed to get Winnipeg's economy back on track and thriving, while also discussing what role government could play in its growth. The panel was hosted by President of Johnston Group, Dave Angus and featured Wawanesa Insurance President, Evan Johnston, Tribal Councils Investment Group of Manitoba Ltd.'s CEO, Heather Berthelette and PCL Construction's Vice President and District Manager, Kelly Wallace.

Private sector investors in YW were also highlighted in this year's The Winnipeg Investor magazine while Co-chairs of the Real Impact Campaign, Andrew Stibbard, Managing Partner of MNP and Brad Peacock, President & Chief Investment Officer of the Megill-Stephenson Company spoke—at times, teasing one another—about their time on the campaign. Watch their video below.